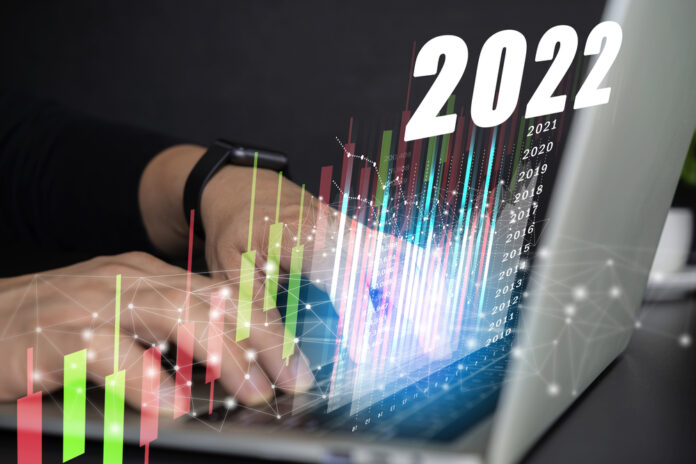 Inflation is at its highest level in forty years, and economic activity, as measured by gross domestic product (GDP) has fallen in successive quarters, leading to a big fight over whether the United States is in recession. Economists such as Nouriel Roubini predict that we are headed toward a period of high inflation and stagnant economic activity, a “stagflation”, that will last several years. Meanwhile, the stock and bond markets have been awful for investors, and gold has barely moved, while cryptocurrencies have entered a winter of despair. For investors, figuring out what investments to make in 2022 is very difficult.

The Best Investments You Can Make

It’s important to remain invested in asset markets. Asset markets are like banks: just because a bank fails doesn’t mean you put all your money in your pillow. Cashing out is a huge mistake. Although there’s lots of doom and gloom, it’s important to remember that in terms of the economy, even under a recession, there are industries that perform well.

Debt delinquency remains low, household net worth remains high, income and spending are rising, retail sales are growing, and the banking sector is still healthy. The TSA says that travel is returning to pre-pandemic levels. New restaurants are opening up, and existing ones are recovering from the pandemic. Automakers such as Ford are doing well. Farmers are doing great,  especially as inputs’ price starts to decrease. Indeed, commodity producers and farmland owners are having their best period in a long time. So although the big picture is bleak, there are pockets where you can and should invest.

Even when you know the industries that will do well, it can be hard to figure out which firms will be the winners in that industry. Buying winners is easier said than done. However, that doesn’t mean that investors don’t have options. Investing in index funds solves that person. You can buy an index fund that tracks the 500 largest firms in the United States, the so-called S&P 500, or one which tracks an even larger sample, the Russell 3000. That will ensure that you at least earn broadly similar returns to what the market will earn. Even though the market isn’t doing great, over the next year, it will probably do better than any other asset class except for commodities.

This index strategy can be tweaked by investing in indices that track specific sectors. According to Portfolio Einstein, the best-performing asset class in 2022 so far is the energy sector, followed by commodities, the precious metals sector, and then gold, with Canadian stocks rounding off the top five. Past returns don’t equal future returns, but we can use our thesis that investing in things like travel, retail, banking, automakers, commodity producers, farmland, and the like, will deliver positive returns. So, find an exchange-traded fund (ETF) tracking those sectors. An equal-weighted portfolio of specific sectors would outperform a broad market index portfolio.

The last time the world experienced stagflation, gold was the best-performing asset in the world. Gold is a proven winner through stagflationary times. Although it has been relatively anemic this year, keeping it around for added security is good. Investing in a gold ETF is a good idea.

The Worst Investments You Can Make

The housing boom is over. Construction spending has declined, Black Knight has characterized home price growth as being in a “record-setting slowdown”, and real estate firms such as Redfin and Compass have started to lay off workers. Prices have simply reached a point where it is hard to justify buying a new home. Consequently, betting on housing now is a mistake.

Small Manufacturers are struggling, hit by labor shortages and a global supply chain disruption. Wall Street financial services firms are reporting declining earnings, and there may be layoffs in the future.

The tech industry is struggling as interest rates rise, and investors become more conservative about allocating capital to tech firms, at least loss-making tech firms. The industry has already seen layoffs of tens of thousands of people.

It used to be said that every portfolio needed to have bonds, but after a decade of record low-interest rates, bonds have only served to reduce portfolio returns. It’s unlikely that interest rates, even as they increase, will increase sharply enough for bonds to do anything other than act as a drag on performance.