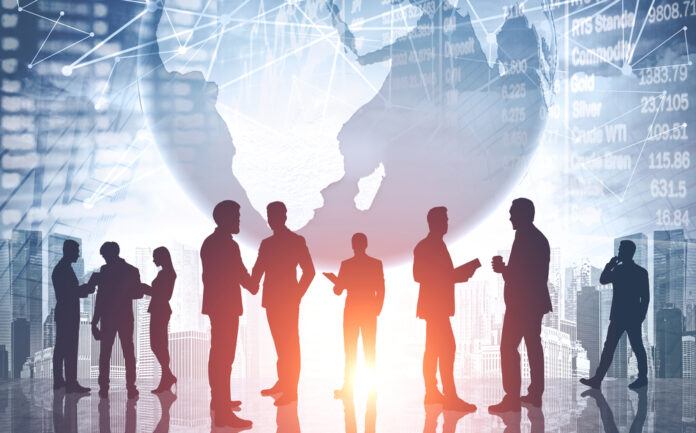 Several factors significantly weakened global economic prospects in 2022 due to the soaring inflation and increased product prices caused by the Russian invasion of Ukraine. As a result, growth forecasts for the world economy by the United Nations were revised downward by 0.9 percentage points from their January 2022 forecast of 4.1% to 3.1%.

The most significant downward revision from the UN is for the European Union because it has taken the most direct hit from the energy supply crisis. Other countries will feel the effects of the war even less, while others won’t feel it at all.

Some economies always draw the attention of investors, including those of the U.S.A, Canada, South Korea, Japan, China, and Germany, because they stand out. However, besides these, here are five other countries with booming economies right now that you need to pay attention to:

According to the data released by the International Monetary Fund, India’s growth is forecast to reach 8.2% in 2022.

India’s 1.4 trillion population and $2,190 GDP per capita makes it a solid middle-income developing market economy, ranking it fifth in the world in 2022 by nominal GDP. It is also the third-largest by purchasing power parity (PPP).

Despite being hard hit by the economic effects of Covid-19 and the ensuing lockdowns, the country has a surging consumption with a vast interest in exports and investments. As a result, the economy of India has normalized faster than most others since the government has increased spending. The country has several thriving sectors, including manufacturing, services, and technology.

Another emerging market and developing economy expected to boom in 2022 is Saudi Arabia at a rate of 7.6%. The country has an excellent geographical position and is the biggest in the Arabian Peninsula. Moreover, it has developed a solid economic base thanks to its oil exports and a robust financial system based on an effective banking sector.

The country has emphasized the improvements made in its business environment and the reduction of its dependence on oil. With a population of about 34 million, the country’s GDO stands at $793 billion, with a GDP Per capita of $66,746. In addition, the land where millions of devout Muslims converge annually for the pilgrimage to Mecca has recently started extending a limited democracy, drawing investor attention.

Spain’s growth projections for 2022 are at 4.8%, the highest of all the countries in the European Union. It has a nominal GDP of $1.28 trillion with a GDP per capita of $26,832. The country relies on tourism, a solid industrial sector, and exports, making it the second-largest EU economy.

Furthermore, Spain’s steady modernization, reforms in its regulatory systems, and solid economic institutions contribute to its sound economy. As a result, the total worth of imports and exports equals 65.5% of the country’s GDP.

Brazil is among the countries that saw its projected growth figures decrease in the charts released by the IMF for 2022. However, most of the governments in Latin America have fewer connections with Russia and Ukraine, meaning that the effects of the conflict there will impact them less.

The region is not immune to the threat of inflation, leading to countries like Chile and Mexico having their projections revised downward.

Brazil’s natural resources, diverse economy, and foreign investment incentives continue to place it among the top 12 global economies and an economy worth watching. The IMF gave its growth projections at 0.8% for 2022, but the figure is likely to increase to 1.4% in 2023.

Moreover, Brazil occupies half of South America’s land mass with a nominal GDP of $1.44 trillion, and its GDP per capita is $6.450. As a result, Brazil looks set to remain one of the leading countries for investors to watch, despite the marked inequality with its huge chasm between wealth and poverty.

The Australian economy continues growing at a healthy pace of 3.3% easing slightly from the annual rate of 4.2%. It was somewhat better than the 3% predicted by economists, thanks to its ongoing household consumption. The country has also withstood any adverse effects of the war in Ukraine.

Reforms in Australia have streamlined business processes with a low entry cost. Currently, Australia has a $1.33 trillion GDP with a GDP per capita of $51,885. Australia’s economy mainly relies on mining, agriculture, fishing, and services, but the country also maintains strong trading ties with East and South East Asia countries, particularly China.