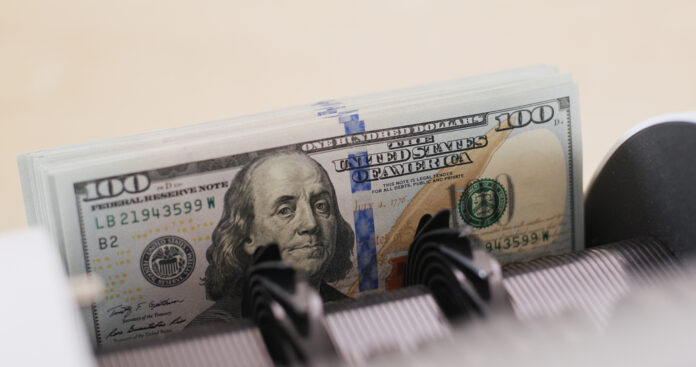 Consumers everywhere are dealing with the impact of higher prices. But unfortunately, the long-term effects of high inflation could be much, much worse.

Inflation has been on the minds of Americans and consumers around the world for months. It is easy to see the price of food, gasoline, and other necessities skyrocketing, but it might be challenging to decipher exactly what it all means. The following points represent a solid place to start for anyone hoping to determine how higher prices might affect other aspects of life.

Keep an Eye on Your Retirement Accounts

Since inflation can disrupt the status quo and devalue currency, it stands to reason that even retirement investments will not be spared its potentially devastating effects. Moreover, those who have not yet retired must now re-evaluate their future needs since the cost of living is on pace to be higher than it would have been if the inflation rate had not spiked over the past year.

Hopefully, the current inflationary period will be short-lived, and the long-term effects will be minimal. For example, suppose you are getting close to retirement age. In that case, however, it is vital to begin saving as much money as possible to maintain a comfortable standard of living after exiting the workforce. In some cases, it might make sense to move investments into more secure vehicles that are not as deeply tied to the rate of inflation.

The current trend means that pensions of all types will be worth less than they previously were. This can negatively affect prospects for workers of all ages. For that reason, consulting with a trusted adviser could be the best way to safeguard your retirement portfolio against the ravaging impact of inflation.

Stocks and Bonds Could Become Erratic

Traditional investments in the stock or bond markets are generally low-risk propositions. As long as a portfolio is adequately diverse, there is a good chance that investors will see a profitable return. When inflation rears its ugly head, however, all bets are off. Stocks and bonds alike can be impacted for better or worse by the rate at which consumer prices trend upward.

On Wall Street, inflation is generally an indicator that stock prices will increase. While this might appear good news, that isn’t always the case. Publicly traded companies tend to adopt a higher operating cost during inflationary periods, which can boost the price of each share. Nevertheless, inflation is inherently unpredictable, and its ripple effect often causes disruptions to the stock market that can send prices tumbling unexpectedly.

For those investing in the bond market, the future can be equally confusing. Particularly when discussing U.S. Treasury bonds, it is easy to see how the fixed rate of return can be impacted by rapidly rising costs elsewhere. When the inflation rate eclipses the fixed interest rate, those bonds begin to lose their value. This typically starts a troubling cycle in which investors sell their bonds, and the Treasury is forced to raise its yields to attract new buyers.

Be Careful About Borrowing

As a direct result of the central bank increasing interest rates to slow the rate of inflation, borrowers of all types will be stuck with higher amounts to pay back to their lenders. This can impact individuals shopping for a home or car and those hoping to qualify for a business loan.

The housing market is already very tight, with residences often selling in record time and often above the asking price. Furthermore, supply chain interruptions have caused the price of new and used cars to shoot up even higher than the cost of other consumer goods. Combined with an interest rate that will make these significant purchases even more expensive in the long run, inflation could cause people to put off their plans to buy a home or vehicle until the economic turmoil cools down a bit.

Things Could Get Much Worse

Other nations have hit a point commonly referred to as hyperinflation, which is triggered when an economy’s inflation rate tops 50% in a single month. That is still a long way off from where America is right now, but it is within the realm of possibility. If America or any other powerful nation enters a phase of hyperinflation, it could result in a downfall of the economy, unlike anything the modern world has ever seen.

Rising prices were perhaps an unavoidable result of a global pandemic that shut down much of the world for nearly two years. However, with working-class Americans struggling to purchase household necessities, it is now more critical than ever for national and world leaders to bring this potentially devastating situation under control.

How Does NFT Staking Work?