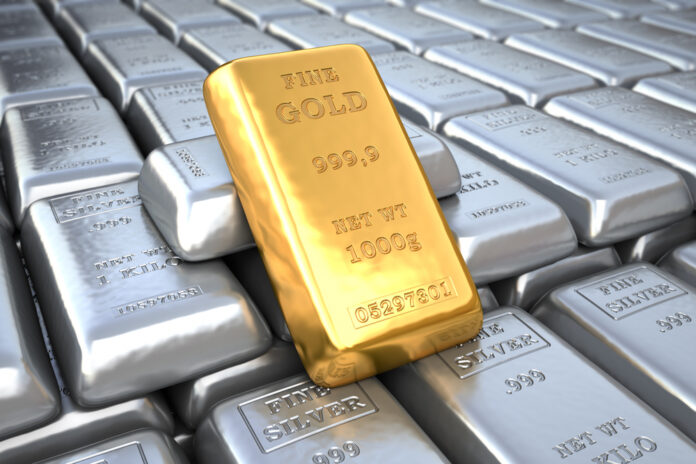 The appeal of investing in either silver or gold is understandable. We’ve associated their names and their brilliant shine with wealth and value since childhood.

When the economy is on the plummet, and inflation is high, investors often run over to gold. Silver is viewed by many to be safer, but it doesn’t get the fanfare and hype that gold does.

Both precious metals do not lose their shine in investors’ minds, especially when stocks and currencies are losing value.

Pandemic-related fears coupled with a weakening US dollar sent the price of gold into orbit to over $2,000 an ounce. This is a record, the first time in history.

Silver had a good run, too. Silver’s price soared to 28 dollars an ounce in August, something that had not happened since 2013. That was a 140% increase from its low in 2020.

So precious metals tend to do their best in the worst of times. But even when things are going fine, many investors keep a small percentage of their assets invested in gold or silver. It’s a way of keeping their portfolio diversified.

So which one should you invest in? Both are shiny lumps of metal dug out of the ground, but they have different dynamics when put in motion in the markets.

Gold has a smaller supply and higher price

The price of gold by itself can keep you out of the market if you want to buy the physical metal. The gold of silver ratio was around 72 to 1 around September 9th. That means that ounce for ounce; gold was overwhelmingly more valuable than silver.

In the previous March, the ratio was much higher: 120 to 1. This also was a historical first.

In other words, you’re not going to see silver outperform gold anytime soon. Gold commands a much higher price simply because it’s the rarer metal. In 2019 a mere 3,300 tons of gold were mined worldwide compared to 27,000 tons of silver.

Gold recommends itself a better recession hedge even though the prices tend to move in the same direction.

Silver’s place in the world is accounted for by its countless industrial uses. It’s found in electronics, automobiles, solar panels, manufacturing, and medicine, among other places.

Silver’s volatility is not for the emotionally fragile

Short-term shifts in gold’s prices get a lot of attention, but gold is more stable long-term than silver.

The price of silver will swing around like a deadly pendulum thanks to its small market size relative to the gold market.

Silver is mined at eight times the rate of gold, but don’t forget the gold is over 70 times more valuable than silver on an ounce-for-ounce basis. So the overall silver market is worth just a fraction of the gold market.

Adding to the volatility is that 70% of the silver supply is produced as a byproduct of mining for other metals. That’s right. A portion of the silver found is silver that nobody was looking for.

Investing in silver tends to appeal to those who have an eye on short-term profits. People who are looking at long-term hedges tend to go for gold.

Whichever precious metal you decide to invest in, don’t forget that their value isn’t driven about the same way that the value of a company’s stock is.

Some will advise that you’re far better off investing your money in a company than you ever will be by investing it in precious metals. I mean, with the way the price of silver and gold rise as the economy crashes, are you going to trade shiny metal for drinking water and hunting gear? Right.

But at the end of the day, how you invest your money is a decision only you can make.