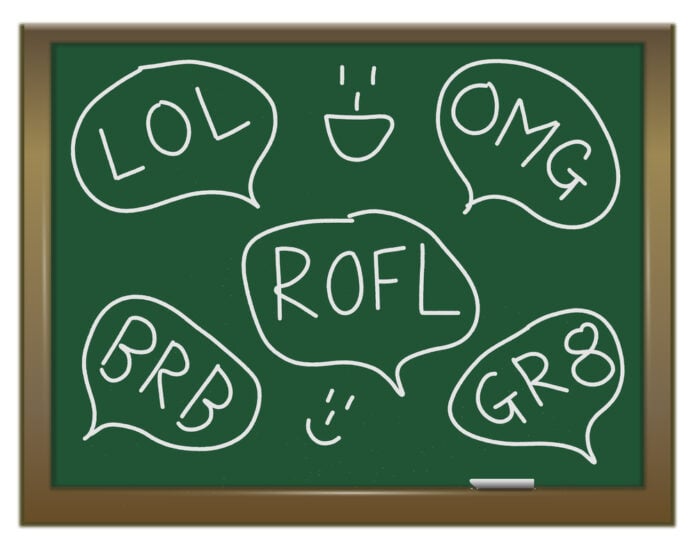 Acronyms and slang have a firm hold on the modern-day English language in every world region. The term PAWG is one of many abbreviations that has found their way into commonplace vocabulary, for better or worse- but what exactly does it mean?

Here is a detailed description of the acronym PAWG, where it came from, and how appropriate it is for use in business or work emails and conversations.

What Does PAWG Stand For?

The meaning of PAWG, as explained by the Urban Dictionary, is “Phat Ass White Girl.” Translated into a more familiar language, it refers to attractive white women with large backsides, or “asses,” as the slang term so delicately puts it.

A user of the term PAWG is likely to discuss a woman they came into contact with, which is often meant as a compliment. Abbreviations that carry this context are ultimately sexist and inappropriate and may offend people.

Where Does the Acronym Come From?

Phat Ass White Girl is derived from a similarly inappropriate acronym, PHAT. This abbreviation is Pretty Hot and Tempting, referring to women or girls who may attract a group of individuals or friends based on their appearance.

Calling a woman PHAT is another example of a compliment gone wrong. In most cases, the recipient of the comment may view the content of the phrase as naughty rather than nice- or just downright unacceptable.

Both phrases come from a place that puts appearance above all else. Users of the words feel they have the right to inappropriately comment on a woman’s form, face, and figure using such brash language. They are disrespectful and provide no value to anyone.

When Is PAWG an Appropriate Phrase?

There is no example of a time that the word PAWG, when meant as Phat Ass White Girl, can be deemed acceptable in a place of work. In truth, the inherently sexist term is never particularly appropriate.

When people are on a night out in a bar, and a guy sees an attractive woman with a large butt, he may use the term Phat Ass White Girl, or PAWG, to describe her to his friend. Some people believe it is ok for a gay person to use this language, but it makes no difference in the business world.

What adults say and do in a bar or during any non-professional activity is up to them as individuals, but using offensive abbreviations to objectify a woman by her features is not respectable in the business community.

Can I Use PAWG in a Work-Related Email?

Talking about Phat Ass White Girls in a work email is unacceptable. Many companies monitor the content of their internal business emails, and finding such language usage could create significant issues.

In general, any slang word that can lead to the offense of any person- in this case, a white girl with a large butt, or any woman who does not appreciate being objectified for her appearance, should never find its way into a professional conversation.

Emails between a group of friends and colleagues using such terms must not be via official work email channels. The phrase Phat Ass White Girl should not be used under any circumstance by people with respect for women and themselves.

Why Is the Abbreviation PAWG Inappropriate in the Business World?

Most people find the word PAWG vulgar and inappropriate. Using the term within a group of colleagues to discuss someone else you work with could lead to a sexual harassment report and a very uncomfortable working environment for all.

Describing why this word is unacceptable in a place of business or between professionals via email should not take much explanation, but here is a brief synopsis anyway.

The list goes on and on. There are many reasons why PAWG is not a suitable term to use at work, in the office, or via work emails. But, most of all, it is simply not how to treat women, and everyone should know better by now.

Are There Any Other Meanings of the Abbreviation PAWG?

Phat Ass White Girl is not the only meaning of PAWG. There are several other abbreviation definitions, so it is essential to understand the context. Here are a few examples of the most common different meanings of the term.

White girls with shapely figures are not the only people branded as PAWGS in the USA. The term is also slang for describing the community of US gun nuts. Pissed Americans with Guns are another group labeled with the term, which is also not advisable in work emails.

PAWG can also refer to the Protected Areas Working Group- a collaboration of local government and environmental representatives working to defend and maintain the protected areas in the Ontario region.

The Civil Air Control Pennsylvania Wing is a highly respected echelon of the air patrol in the state. It works to support American citizens and communities with services on the land and in the sky, providing emergency response and youth development. It is an excellent organization with an unfortunate nickname.

Please note that if you have cause to use the word PAWG in a work email when referring to one of the above examples (not Phat Ass White Girls), you should specify to what you are referring to ensure there is no confusion. Using the term PAWG on your work email account to discuss a meeting with the Protected Areas Working Group is perfectly acceptable. It may, however, be worth expanding on the acronym, considering some other possible definitions.

In short, there is no instance when using the phrase Phat Ass White Girl is appropriate, but what grownups say in their own time is their prerogative. At a place of business or through business channels such as email, however, it is never acceptable.

Openly objectifying women in the workplace and generally if every part of their lives is simply an outdated, unattractive, and questionable thing to do. Modern intelligent men would never use such a term, especially not in a professional setting.

Using PAWG in a work email is a big no-no for progressive and respectable businesses and their employees.