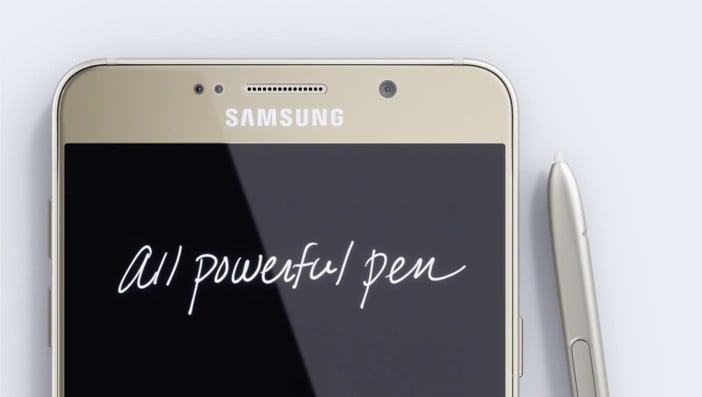 Samsung has just unveiled its new Galaxy Note 5 phablet phone and a bigger version of its curved S6 Edge smartphone on Thursday, in a fresh bid to try and boost flagging sales.

Samsung is currently the world’s top smartphone maker by volume, but its market share fell on the second quarter even though it released its well-received new S6 lineup, as the company is squeezed by expensive iPhones and cheap Chinese handsets.

The South Korean company responded recently with S6 price cuts, and moved the new Note 5 from its September spot, to make the announcement before Apple announces new iPhones next month.

The event announcing the new devices was held at the Alice Tully Hall at the Lincoln Centre in New York, and was attended by more than 1,000 people.

Samsung has made some key hardware changes for the new phones, such as a faster processor for the Note 5 and a larger screen for the S6 Edge+, from 5.1-inches to 5.7-inches.

Samsung is pinning its hopes on the Note. “Each new version has been more popular than the last”, said Justin Denison, vice president of product strategy and marketing at Samsung Electronics America.

Both devices are powered by Samsung’s own Exynos line of chips, and will go on sale on August 21st in the US and Canada on AT&T, Verizon, T-Mobile and Sprint.