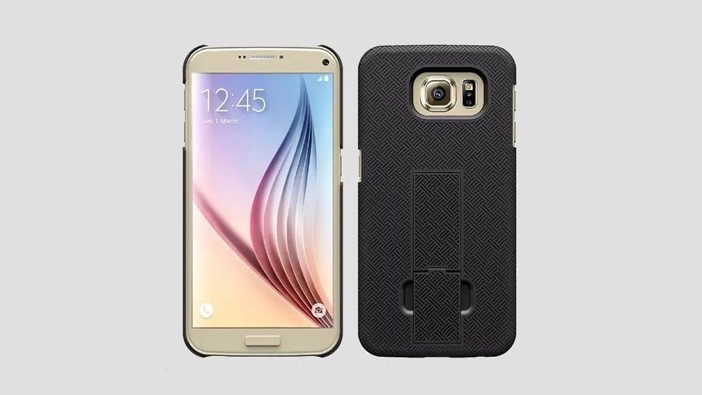 Those people waiting for the arrival of  Samsung’s imminent Galaxy S7 smartphone are in for some good news. The company’s flagship device for 2016 is reportedly set for release at the end of February, and there have been some fresh leaks over the weekend.

Pictures that apparently show the Galaxy S7 and the Galaxy S7 Plus in cases come courtesy of GizmoChina. The pictures show a rectangular home button and the usual raised camera on the rear. The pictures are also very close to previous renderings that have leaked online.

Aside from minor changes it doesn’t appear that Samsung has changed the design much from the Galaxy S6 models. The rumours pretty much agree that we’ll see a plain Galaxy S7, an S7 Edge model, and a bigger Plus model of each.

One of the more interesting rumours is that the phones will feature an iris scanner, so that users will simply need to look at the phone to unlock it. It’s not the first time that such technology has seen the light of day, but it seems that if true, Samsung wants to steal a march on its rivals by adopting the system.

The iris scanner rumours comes from a little known Polish Android website, so it’s not guaranteed to be accurate. Furthermore, the Galaxy S7’s price is said to be much higher than the S6 too.

What we do know so far is that the Galaxy S7 is all but guaranteed to launch before 2016’s Mobile World Congress which kicks off on February 22nd. Other rumours also include a 4K display, liquid cooling, and the Snapdragon 820 chip. If any of these are true, the range should be well worth waiting for.