According to a report on TorrentFreak, Game of Thrones wins the award for most pirated TV show on the Internet. Close behind in second place is The Walking Dead followed by The Big Bang Theory.

The report reveals that the final episode of season 5 draw 14.4 million downloads on BitTorrent. Second and third place television series only managed to ratchet up 6.9 million and 4.4 million downloads, proving that HBO’s epic show based on the books by George R.R. Martin has captured the public’s imagination.

It is in fact the fourth straight year in a row that Game of Thrones has topped the pirated TV show charts.

Also in the top 10 most-downloaded include Arrow, The Flash, Mr Robot, Vikings, Supergirl, The Blacklist and Suits. 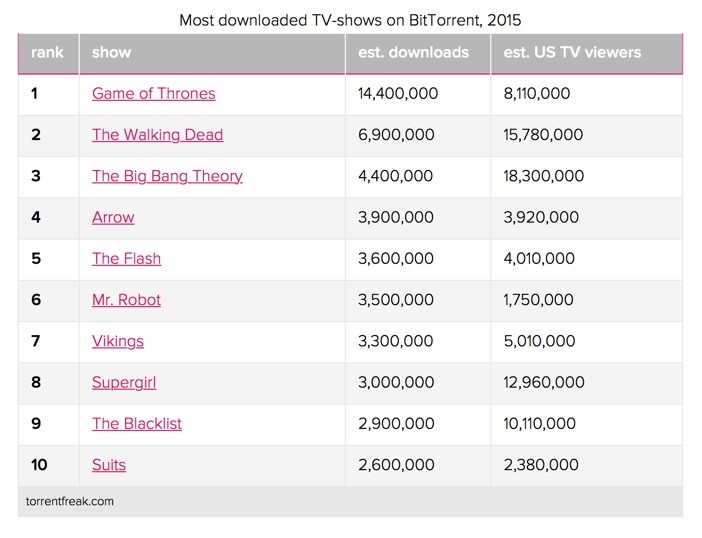 Thehighly anticipated sixth season of Game of Thrones airs on HBO in April 2016.