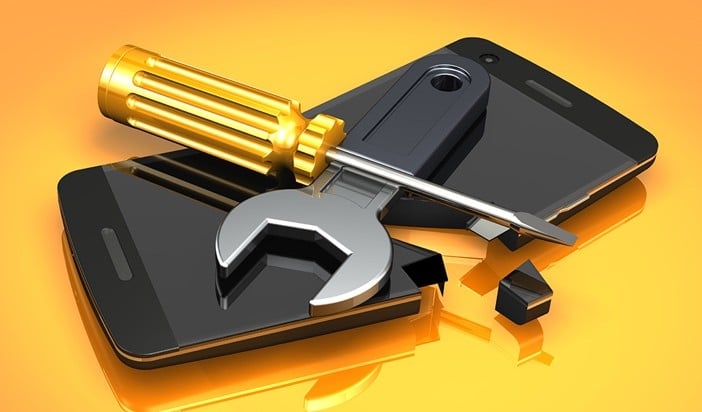 The majority of mobile devices failures occur on phones running Android, new data shows, with Samsung devices responsible for the most issues overall.

Out of all Android units, Samsung phones had the highest failure rate at 27 percent according to data from Blancco Technology Group (BTG). Lenovo came in close second at 21 percent with Motorola at 18 percent, Xiaomi at 11 percent and Asus at 8 percent.

In total, Android devices accounted for 85 percent of the failures tracked in the report, with Apple’s iOS hardware responsible for the remaining 15 percent.

BTG’s data is based on testing of millions of iOS and Android devices in Asia, Europe and North America, using the company’s SmartChk system. The company did not collect any data for phones and tablets running other operating systems such as Windows. 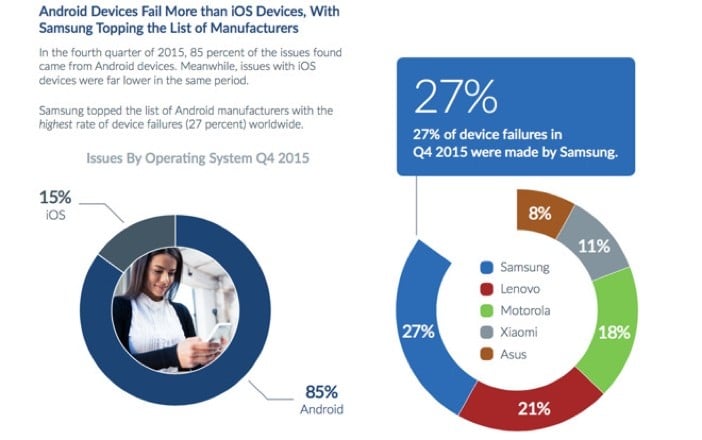 Around the world, the most problems were related to cameras which accounted for 10 percent of device failures. Touchscreen issues came in at 9 percent of cases, battery charging at 8 percent, microphones in 6 percent of issues, and general performance at 6 percent.

In North America, performance was one of the main issues, accounting for 17 percent of device issues.

In Europe, the main issue for smartphone users was the mobile network signal, while Asia was similar to the US with general performance problems.

The study also revealed that the majority of devices that were returned in North America (74 percent) and Europe (71 percent) has no diagnosed issue.