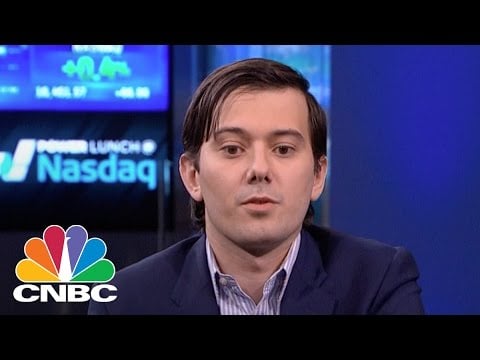 In the latest chapter of the drama unfolding surrounding financial trader Martin Shkreli, the controversial former CEO caused an uproar when he went before congress to testify and refused to comment.

Shkreli was the CEO of Turing Pharmaceuticals before he stepped down after he was indicted on charges of fraud and running a ponzi-like scheme to strip investors of their cash. Shkreli claims the charges are unfounded and are part of a witch-hunt sparked by his decision to hike the price of a life-saving HIV drug last year, which he claims was to raise funds for further research.

Called to testify before the House Committee on Oversight and Government Reform, Shkreli refused to cooperate, pleading the fifth-amendment and citing his upcoming trial and right to not self-incriminate.

Shkreli unleashed the anger of committee members when he smiled smugly and acted in a generally disrespectful manner, turning his back on committee members and stopping during proceedings to pose for pictures.

Shkreli later tweeted “hard to accept that these imbeciles represent the people in our government”, sparking further outrage and condemnation.

Shkreli’s lawyer Benjamin Brafman, who has defended several high-profile stars like Michael Jackson and Puff Daddy, answered all media questions on his behalf and stated that Shkreli would not be commenting or answering any questions until his trial was over.

Shkreli faces up to 20 years in prison if convicted of fraud.

An Outlook on the Healthcare Industry in 2023

Why Is the Market for Stimulants Growing?