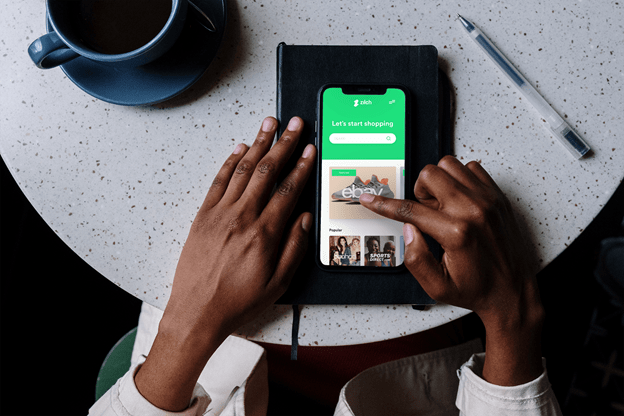 London-based Buy Now Pay Later (BNPL) firm. Zilch announced its acquisition of Neptune Financial (NepFin) in August 2021. NepFin is a debt-funding platform that Zilch plans to use for accelerating its expansion into U.S. markets. This acquisition follows Zilch’s Series B fundraising efforts, resulting in $110 million in debt and equity funding. Major investors for this funding included Goldman Sachs Asset Management and DMG Ventures, the venture capital arm of General Trust, and the Daily Mail. This round brings the total budget for the acquisition to over $200 million, which will help Zilch expand its U.S team and secure needed regulatory capabilities.

Zilch previously raised $80 million in April 2021, which increased its total value to over $500 million. Philip Belamant, Zilch founder and CEO, stated that his company was receiving funding from smaller firms and individuals, although this arrangement could change in future funding rounds. He said, “It looks both to bring in a tier-one debt line, not just to fuel growth in its current market of the UK but to expand to more countries, including the United States.”

The new acquisition provides Zilch with the means to scale its U.S. operations by the end of the year by increasing its customer service, compliance, engineering, marketing, and sales departments. In addition, NepFin shares an ideology with Zilch that focuses on providing customers with the means to buy products and services without increasing their debt or adversely affecting their credit rating.

Albert Periu and Thomas Meister will head the new team of the dual company, with Periu as CEO and Meister as the general counsel and COO of the U. S. Operations. Both men have prior experience in NepFin and Funding Circle before that. This combination of expertise provides the industry experience needed to scale lending businesses in the U.S effectively.

Zilch expects to scale its U.S. team considerably during the coming months. Belamant said that his company had been exploring expansion options in the U.S. for some time. The additional funding allowed them to take another step towards that goal. He added that Periu’s and Meister’s teams had already done the work needed to operate in the U.S., beginning with regulatory compliance. Belamant also expressed confidence these teams would build on Zilch’s success by bringing a scalable BNPL solution to the U.S.

Zilch’s international expansion had already gained the attention of NepFin leaders before the acquisition. Periu reports that he had already admired Zilch’s past-growing innovation in the BNPL for some time. However, he said, “This is the second time one of my companies has been acquired by a U.K.-based company, and I’m thrilled at how their mission, values, and culture aligned with ours.” Periu also added that his team was looking forward to using its prior experience in attracting the talent needed to solidify Zilch’s position as a FinTech leader in the U.S. beginning in late 2021.

NepFin’s contribution to this expansion includes its existing technological infrastructure. The company also has a California Finance Lenders License, which requires a robust regulatory compliance framework. Both of these capabilities are driven by a shared sense of responsibility to create new methods for allowing users to make purchases that would otherwise require them to accrue debt or impact their credit.

Zilch’s business model is built on financial responsibility and offers customers transparency into its operations. The company is the only BNPL player that combines Open Banking technology with soft credit checks to obtain a real-time view of a customer’s financial profile. This capability allows Zilch to understand better what the customer can afford and make accurate recommendations for preventing unsafe debt.

Zilch allows its customers to distribute payments over six weeks for no fees and no interest. It launched the beta version of its platform in 2019, distinguishing itself from competitors by connecting directly to customers. Credit Kudos performs the soft background checks that Zilch uses to determine each customer’s affordability. This capability has helped Zilch become the first BNLP provider regulated under U.K.’s Financial Conduct Authority (FCA).

The FCA could further tighten its regulations over the BNPL industry shortly, due in part to the rapid expansion of this market in the U. K. Zilch began as a start-up in London but has since increased its staffing in that city to 150 to meet this demand. It currently approves about 150,000 applications per month, and analysts expect the BNPL market to account for 10 percent of all online sales in the UK by 2024.

The most notable of PBEL, which he founded in 2006, grew to five million users with $100 million in revenue. After six years, he sold PBEL to Net1 UEPS Technologies but retained responsibility for Net1’s FinTech business as the firm’s CEO, increasing its annual revenue to $140 million with more than 250 employees.

Belamant’s accomplishments include launching mobile payment services in 15 countries throughout Africa, Europe, and the Indian subcontinent, with a total user base of over 20 million. These services generated a total transaction value of more than $400 million from mobile and virtual card payments. Partners in this business venture included Airtel, MTN, Orange, TNM, and Vodafone.

He also founded a top 40 FinTech company in Africa, which gained over 1 million users in the first six months. This company became the most extensive wireless access service provider (WASP) in Botswana, Malawi, Namibia, and South Africa. In addition, Belmont launched South Africa’s first cash to MasterCard solution for UBER. He has also found virtual card services in Spain, Mexico, and the U.S.