Analyzing both currencies is very important if you are one of the many who trade the EURUSD. Especially in these times, it is crucial to pay attention to global events affecting exchange rates.

The euro has continued to drop against the dollar and has reached a 20-year all-time low of €0.98 to $1 (Oct. 7th). Expert speculators and analysts have predicted that this decline will continue for the rest of 2022.

Why is the EURUSD exchange rate dropping?

The Russia/Ukraine war has hurt the euro and caused demand for the currency to drop. Before the war, the EURUSD exchange rate was $1.15 to €1. The EU economies are taking a brutal hit from the war. A war that came at a time when the economies were fighting to recover from the global pandemic.

Major economies in the EU, such as Germany and Italy, depend on Russia for their energy supplies. Many nations in the EU rely on Ukraine for food importation. Russia is responding to sanctions by cutting off energy supplies to the EU areas. These exports of major resources are now blocked. Inflation is now a big problem, and investors are frightened. Economists are now predicting a severe recession in the EU countries.

The dollar is considered a global currency and has a reputation as a “safe haven.” Investors choose it over the euro since they believe it is immune to global economic risks. 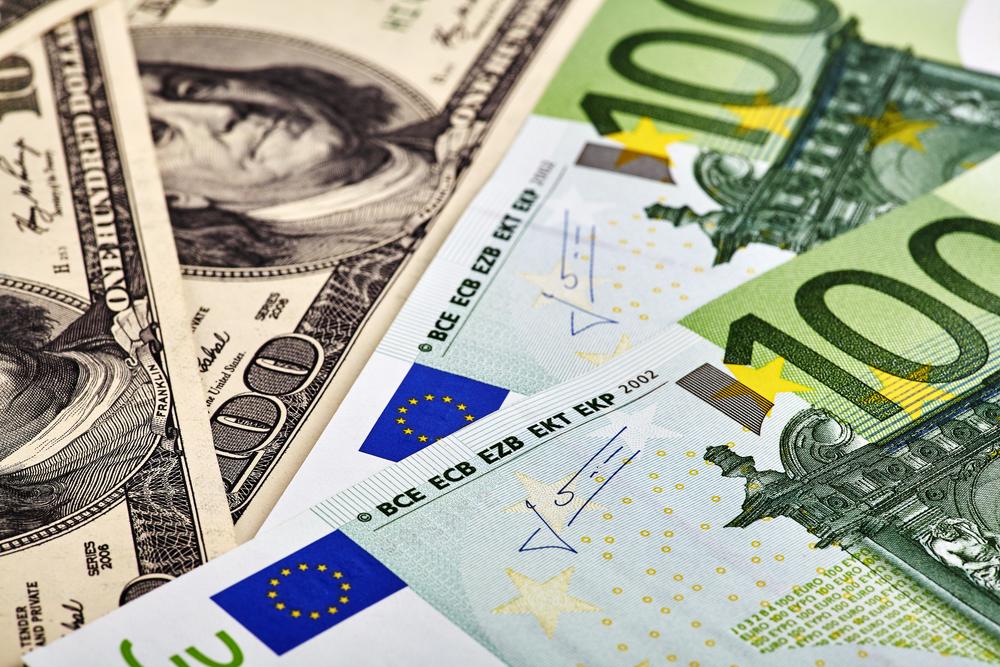 Will the EURUSD continue to drop?

Analysts and economists have predicted that the exchange rate will continue to drop. But it is better to consider some facts before deciding:

As mentioned, investors consider the dollar a haven. The currency has continued to strengthen against the euro throughout this period. Its demand keeps rising as the Ukraine war lingers. However, the stock market is declining, and many see this as a recession warning. Although, Europe will likely experience the recession before the US does.

This difference in interest rates makes the dollar more appealing than the euro. This can only change if inflation significantly drops in the US. Or if it peaks. Once one of the two happens, the federal reserve may feel less pressure to raise the interest rate. But the outlook for the rest of the year is not promising.

The euro weakened further after Russia shut off its major gas pipeline to Europe. The fear has caused energy shortage has continued to impact the euro negatively. It is weakening against the dollar and other major currencies like the yen and Swiss franc. Citizens and businesses are already paying much more for essential products. Importation costs are very high, and most importation transactions are completed in USD. Therefore, there is hardly any benefit for EU countries. Only businesses importing from an EU country may benefit if they pay with dollars.

These facts make it difficult to bet on a rise in the exchange rate this year.

EURUSD predictions for the rest of 2022

Inflation and rumors of the recession continue to spread between both zones. Everyone has a careful eye on both their central banks. The energy crisis in Europe has worsened the situation for the euro. More people are predicting that the euro will continue to drop.

Strategists have predicted that the exchange rate will fall below €0.93 to $1 between Q4 2022 and Q1 2023. The high energy cost resulting from fear of rationing and blackout will cause the euro to continue to fall below parity.

Investors expected the euro to stabilize after Europe’s natgas price eased and the ECB showed a more hawkish stance. There is the hope that the ECB will raise the interest rate by 50bps this October. At the same time, other speculators predict the euro ending 2022 at €0.96 to $1.

Is EURUSD bullish or bearish?

Many analysts have predicted that the EURUSD will continue to drop due to Europe’s economic problems. That implies that the pair is bearish now, and sellers are in control. Energy supply and the Federal reserve’s policy are two major determinants of the price direction. The EU is still seeking an alternative to Russia’s gas, with higher energy costs. The fear of blackouts and energy rationing contributes to rising costs. The federal reserve has been raising interest rates since March. And they promise to push it up further to target inflation. Once the EU addresses its energy and inflation issues, this may change.

The EURUSD price direction has been a sell since the start of the Russia/Ukraine war. The euro has broken its support zones a few times but is still in a downtrend. This will likely continue till the end of the year. That said, online predictions can and often turn out wrong. They should only serve as stimulants for personal research. It is better to analyze the current trend and research the essential elements before speculating in the forex market.