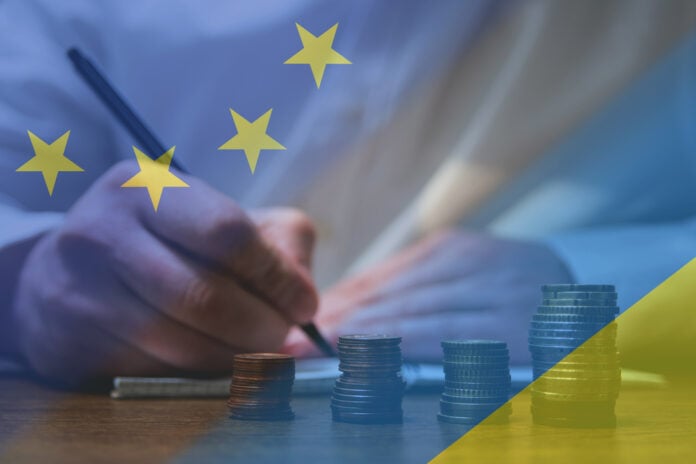 Since the beginning of the war between Russia and Ukraine, Europe and the rest of the world have been in a great deal of economic crisis. From the price of fuel to the price of food in the world, most goods are now high. In Europe, the cost of living is much more expensive than before the war.

Also, before Russia invaded Ukraine, the COVID-19 pandemic crippled the Euro’s price. This is because, during the pandemic economic activities, the price of the Euro was not so much. This pushed the cost of living in European countries to the edge.

The post-pandemic era seemed to be promising at the start. Unfortunately, since Russia’s invasion, Europe’s finance has suffered a fatal blow. The price of the Euro itself has not been doing great in the global market since the start of the war. Today because of the high rate of energy prices, the dollar is now 0.3% higher than the Euro.

After the war started, there was a shortage of wheat production, allowing the prices of wheat-produced food to be high. Another commodity that cripples the Euro area is the supply of energy-based commodities.

As we know, Russia is one of the biggest oil suppliers, but oil has been scarce due to the sanctions put on the country. This scarcity is not only in Europe but the world. With Russia out of the way, only a few countries now export crude oil like the US and Germany.

Importing oil from these countries makes the euro currency fall even more.

The scarcity of food and energy in European countries makes living costs high.

With the recent development of the Russian-Ukraine war, many traders are starting to drop the currency. This should not be a surprise because the sanctions that are placed on Russia at the moment have significantly crippled Europe’s economy. With European countries in crisis due to the war, the currency is bound to face depreciation in its value.

Traders are now going for currencies that have higher and more promising growth. In recent times, the dollar has more in the forex market. According to Stephen Miller, a financial consultant, he said as of now, the Euro has not had high liquidity since the start of the war.

According to a report given by Bloomberg, they recorded that the possibility for the euro price to drop lower than dollars this year is above 11.9%. From this, if the Ukrainian war continues to happen for an even longer time. It is only a matter of time before the euro price drops below that of dollars.

Investors these days tend to seek shelter (haven) in dollars during this crisis that the EU faces.

A well-evident impact of the Russian and Ukraine war is inflation. The purchasing value of the euro currency has dropped. Due to the scarcity of most products, especially energy and wheat, the prices of such commodities have significantly increased.

Inflation is bad for any country because it weakens the value of that money. Most people invest to avoid keeping their money and allowing inflation to ruin the money. If the war continues to last, the euro price may fall drastically.

Inflation causes a higher cost of living for the citizens, making them spend more on things that are not worth their current price. In June 2022, the inflation rate hit 8.6%. The COVID-19 pandemic was one factor that reduced the Euro’s value. The invasion of Ukraine even made matters worse for the euro price.

For more than 12 years, euro prices have remained higher than dollars. With Europe’s recent problem, the ECB still delays the effect of other central banks to increase the euro currency rate. This action by the ECB has made the currency even lower.

It is a fact that when central banks of countries increase rates on a particular currency, the currency is set to rise. However, it seems like the European Central Bank is not ready to make this happen.

The impact of the Ukrainian war has put the ECB in a tight spot. The ECB is struggling to overcome the inflation that the European countries are already facing today.

With the immigration of Ukrainians into other European countries, commodity and the Euro price in the global market might put upward pressure on the average EU poverty rate. Due to the war and inflation, many European citizens now face a lower standard of living.

With an increased job struggle, more citizens in most European countries now struggle with poverty. With the struggle for jobs, the economic structure may cease functioning correctly, even creating more problems for the Euro’s value.

The war puts tremendous pressure on the European economy and the Euro currency. Besides that, the Russian-Ukraine war is something that may, in turn, affect the whole world. With Russia’s lack of oil supply, the world’s economy is already in big turmoil.

Euro price, as seen, is already losing its standing to the dollar after 20 years of stability. In the past years, the Euro has always been higher. The war has an immediate effect on the euro price, and if it does not come to an end soon, Europe’s economy may be in more bad shape. Already some investors are pulling out of investing in the Euro.

With inflation rising and the dollar being higher than the Euro with its current percentage, is there anything the ECB can do to help? Hopefully, in the coming days or months, the Euro will be able to pick up.