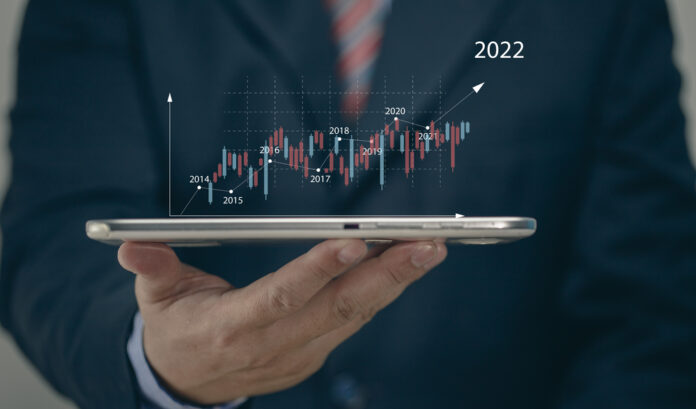 The current stock market downturn has fallen into what investors call a bear market, meaning a decline of more than 20% of the peak value of their index. However, setbacks like these are not uncommon and occur for several reasons, especially after an extended bull market or external events drive the fall.

Several events led to the recent stock market downturn, including high inflation, the Federal Reserve’s interest rate increases, and the Russia-Ukraine war. Read on to discover which risk factors could lead to a crash or a break in the stock market bubble.

Similar bear markets include the one between early 2000 to the same period in 2003. It also followed a long bull market caused by the “bubble” in technology stock prices.

An environment of easy credit and the surge in home prices drove the next bear market between 2007 and 2009. Many property owners could not sustain their mortgages, forcing the government to intervene significantly.

The start of the COVID-19 pandemic saw another decline in investor confidence, but this was only temporary. For most of 2020 and 2021, the stock market prospered.

High inflation is one of the main drivers of investor anxiety right now, caused by several things, including the demand for goods that exceeds supply. In addition, the food and energy sectors are volatile because of the Russia-Ukraine war, and no one is cutting back on spending.

By significantly increasing interest rates, the Federal Reserve wants to slow down demand to curb inflation and avoid a recession.

Negative economic growth for two consecutive quarters defines a recession. The Fed wants to prevent one by carefully considering how far it shifts monetary policy.

Stock Prices in the Long Run

Current stock market losses don’t reflect the revenues and earnings of the corporates and have more to do with external events. However, one can’t tell what can happen ahead, particularly if inflation continues.

Due to market volatility, stocks may become oversold, leading investors to hold onto cash and miss out on opportunities on days with better market performance. But, historically, markets recover, and investors must time them correctly to ensure profitability.

According to Jordan Jackson, global market strategist for J.P. Morgan, who spoke to CNBC, “Strong days often follow days with big losses, and these help investors weather the storm better than selling because that can cost them.”

He believes it makes more sense to hold on to stocks now, despite their volatility and cloudy outlook, rather than having a portfolio with more cash.

Leading Factors That May Contribute to a Stock Market Bubble Break

Sell-offs on the stock exchange indicate that a bubble is about to burst, and investors try to sell their stocks at a profit before panic selling and plunging prices. These are the factors driving the current situation for stocks:

But on the other hand, company profit margins decrease from the higher cost of raw materials, transport, labor, etc. Something that is starting to show in U.S. companies despite their higher earnings in 2022. Inflation leads to reduced consumer confidence, slower economic growth, and falling stock prices.

The Federal Reserve started quantitative easing measures to help curb inflation, keep inflation rates low, and maintain liquidity. Other steps include scaling back on bond holdings and hiking interest rates from almost zero to 1.50% in June. If the Fed needs to increase rates again, especially if they take a more aggressive approach, it will negatively impact stock prices.

War Between Russia and Ukraine and Other Factors

Despite being less independent of Russian oil than Europe, the conflict between the two countries has increased energy prices. Energy price increases lead to inflation and have contributed to the volatility of stocks in the U.S. and globally. The longer the uncertainty of energy supplies remains, the threat of lower earnings will continue to affect stock prices.

Other factors that can break the stock market bubble include supply chain issues, weak company earnings, unsustainable labor costs, and the continued economic drag from the world’s second-largest economy, China.

What Is the Relationship Between Rising Inflation and the Dollar?