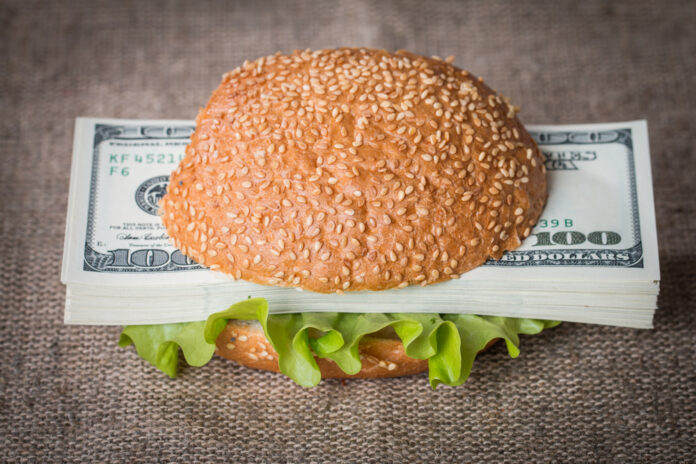 Two things have been rising so far in 2022–inflation and the U.S. Dollar. It’s ironic that, as the dollar increases in value, it seems to buy less and less because of rising prices in the U.S. on everything from gasoline to baby formula. So what is the relationship between the rising dollar and inflation, and should it continue until the end of 2022?

Pros and Cons of the Strong Dollar

A strong dollar may seem good, but it can harm U.S. business and aggravate inflation worldwide. The dollar has reached levels not seen in nearly two decades and has risen 15% against the British pound, 16% against the euro, and 23% against the Japanese yen.

A stronger dollar might seem good for U.S. consumers when prices are higher, but it’s hard to see exactly how people in the U.S benefit from a powerful currency. If they are paid and shop with the same currency, they don’t see an increase in their spending power. Also, keep in mind that rising prices remove any spending power that a strong dollar might have created.

However, U.S tourists traveling to other countries may find that their dollar buys them more than it would usually–expect when they figure in the skyrocketing gas prices worldwide that rises the prices of plane tickets, cab rides, and products transported by trucks.

Although the dollar may benefit Americans with wanderlust, it isn’t exactly a boon to U.S. businesses with a global reach. If the dollar is strong, consumers in other countries will have to pay more for goods and services exported from the U.S.. This can reduce exports and cut into the company’s profits. In turn, this could impact the stock prices of international corporations in the U.S.

The Inflation Fix That Made the Dollar Strong?

So why did the dollar surge upward in the first place? The key was the inflation fix–interest rate hikes. One way to deal with inflation is for the Federal Reserve to raise interest rates. Higher interest rates make borrowing more expensive and can cool off a hot economy. In addition, since individuals and companies borrow to make major purchases, from homes to acquiring smaller businesses, they are less likely to make these decisions when interest rates are higher.

The slowing effect higher interest rates have on the economy means that the Fed only uses this strategy when the economy grows too far too fast. Unfortunately, one of the side effects of this sudden growth is inflation; everything becomes more expensive, and your currency will buy you less. To prevent this from getting out of control, higher interest rates can slow down the economy to keep costs from rising beyond manageable levels for the average consumer.

Will the High Dollar and High Inflation Phase Continue?

Since the key to this cycle is inflation, it seems that if inflation continues to be high, the Fed will carry on raising rates, and the dollar will grow any stronger. Emerging from the pandemic and widespread sanctions on Russian oil, there seems to be a perfect storm for increased inflation.

One factor for these higher prices was sluggish supply caused by the fact that everything from baby formula to semiconductors is in short supply. In addition, companies are only starting to catch up with production slowed down by factory stoppages during the pandemic.

In addition, higher oil prices caused by lower supply resulting from sanctions and the sudden reboot to economic growth following pandemic-era slowdowns led to the initial boost in inflation. It seems that inflation may cool down, but only if shortages cease, and for the time being, many things are in short supply, leading to greater demand and higher prices.

Will The Stock Market Bubble Really Break by The End of 2022?