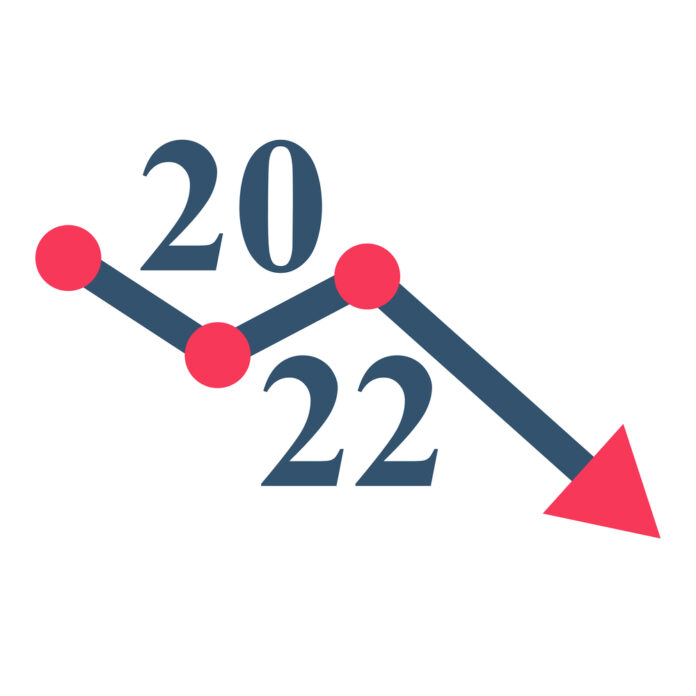 During lockdowns and when many of us were off work or school during the pandemic, we found solace in entertainment, technology, and online shopping. Whether it was binge-watching series on Netflix or keeping your favorite cable channel on during waking hours, most people consumed more entertaining and infotainment than they did in the years before the pandemic’s peak.

However, when people finally returned to their daily life, from venturing back to school to commuting back to the office, entertainment stocks, which were hot during the pandemic, have tumbled significantly in 2022. The plummet was so devastating that some had questioned the future of Netflix, although at the water cooler people who have returned to work may still enjoy talking bout a hot new Netflix series.

Media and entertainment stocks, on average, have shed about 20% of their value since the beginning of 2022. One of the most infamous stories from the sector was that Netflix reported a significant subscriber decline in the third quarter. As a result, media and entertainment stocks have been downgraded by analysts and have been the target of selloffs. This has affected advertising revenue, which may lead to further declines for the remainder of the year.

The one surprise success story in the sector is WWE, the professional wrestling sports channel, which is up 22% year to date. The upward tick in the stock wasn’t affected by the replacement of CEO Vince McMahon under the shadow of allegations of impropriety. His daughter Stephanie McMahon has taken the reins of the company.

WWE seems to be the exception to the rule that 2022 has been hard on media and entertainment stocks. The year so far has seen double-digit declines from once strong companies, Fox Corp, SiriusXM, AMC Networks, and Paramount Global.

The following, according to Investopedia, is a list of the worst-performing stocks so far in 2022. Although not all of these stocks are media stocks, one theme connects them–the return to work and school has hit these companies hard. 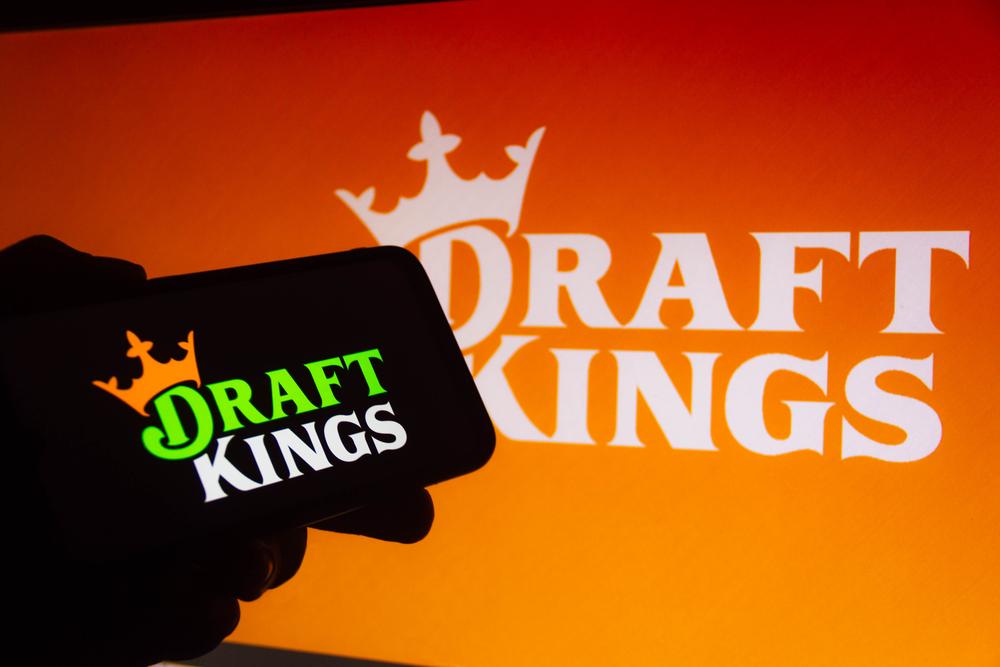 The pandemic was a terrific time for fantasy sports and gaming. This DraftKings website, which allows visitors to draft their teams and bet on results, has a one-year return of -69.7%, and DraftKings executives announced their EBDITA for 2022 would be between -$825 million to -$925 million.

DraftKings offers not only sports betting but also traditional casino games. The combination of extended downtime and the financial pangs many people felt during the COVID crisis made the prospect of gambling in the comfort of the home more attractive. However, now that people can go to the ballpark and resume their daily routine, DraftKings has felt significant pain.

Pinterest may be a fun place to share ideas and passions, but those who also bought the stock may be hurting now. The stock returned a staggering -68.1%. Pinterest doesn’t seem to be a casualty of just the pandemic, but the problem facing many social media companies. Given the proliferation of different social media platforms, which means increased competition and a lack of new users, platforms such as Pinterest have declined significantly. 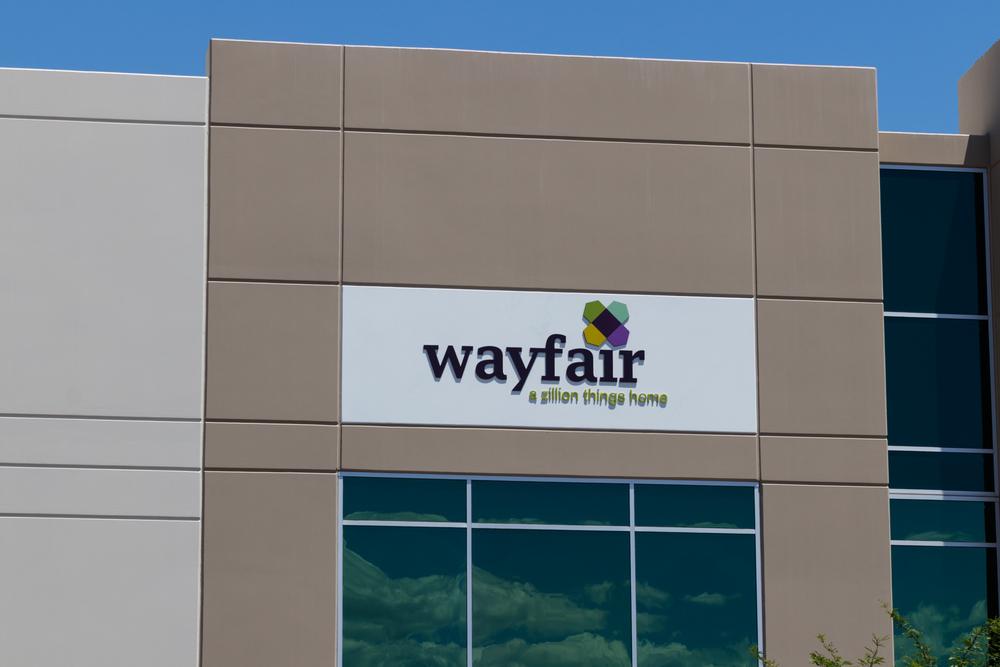 WayFair is one stock in this group that isn’t associated with media, entertainment, or something more popular during the height of the pandemic than now. While it’s true that many people furnished their apartments when they were home for months from work, furniture isn’t a sector that tends to have peaks and valleys resulting from lockdowns and getting back to ordinary life.

One COVID-associated factor with Wayfair is that it’s an e-commerce stock and online purchases surged with the lockdowns. However, online shopping hasn’t declined but has stayed steady since 2022.

Net revenue dropped by 11% year over year, and customers decreased by 12%. As a result, Wayfair’s stock price declined 67.1%. One of the main problems WayFair faced was keeping up with orders because of supply difficulties. As a result, this e-commerce furniture company lost customers because of news of sluggish orders.

Zillow is an online real estate company that provides housing information to consumers and brokers with an opportunity to reach out to and provide deals to new clients. The jaw-dropping 64.6% decline in Zillow has less to do with the pandemic than with company-specific news.

A big money maker for Zillow was house-flipping deals–providing consumers with cheap properties that they could buy, refurbish and sell back at higher prices. However, Zillow announced that it would no longer engage in house flipping, given uncertainties in the housing market. On that news, the stock made a steep dive.

Unfortunately, Zillow shuttered its iBuying unit and laid off employees because they felt speculative real estate investments were too risky early in the pandemic. This meant they missed the housing boom that followed shortly after and sent property values soaring. Sadly, Zillow was the victim of poor timing, and it is safe to say the surge in housing couldn’t have been foreseen.

Zoom became a verb and a noun during the COVID era, although few people were familiar with this conferencing technology before lockdowns. Zoom technology made virtual school classes, work meetings, family gatherings, performances, and meetings possible.

It should be no surprise to anyone that Zoom use has decreased substantially as life returns to normal, and in turn, that has translated into a drop in its stock price. The fall was significant–a 68.3% loss.

Should I Buy These Stocks on the Decline?

“Buy low, sell high” is an essential investing motto. One of the best strategies you can learn is to buy a solid stock when it has fallen, but only if it has a prospect for a higher stock price in the future.

If you would consider buying any of these stocks because their cheap, your first question should be what catalyst will lead this stock to increase in value. Unfortunately, many of these stocks are victims of declining trends, so they don’t seem to be buying opportunities.

Regarding Zillow, it, unfortunately, missed the real estate boom, and it may be too late to buy it now. The only stock on the list that may see some upside could be WayFair, whose problem was supply issues and a dent in its reputation. If you do your due diligence and have a reason to believe WayFair’s reputation may improve as supply issues are resolved, it may be a solid investing idea.