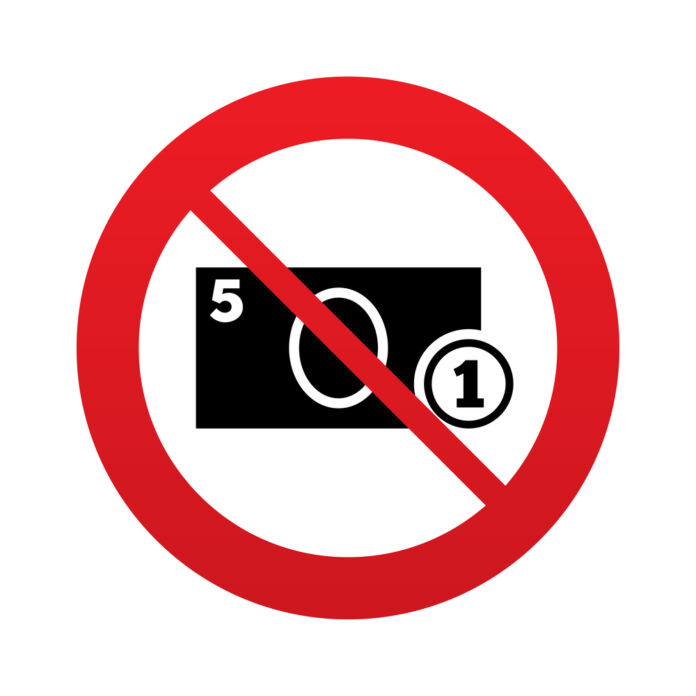 As the world evolves into a cashless society, more and more people enjoy the ease with which they can complete transactions with a smartphone and card.

Besides convenience, going cashless means you lower your risks of becoming a target for criminals, and it becomes easier to travel to foreign locations. In addition, businesses and banks save money because they don’t need to hire security companies to transport the cash safely. Going cashless also benefits governments since they can easily monitor illegal transactions, tax evasion, and money laundering.

However, there are also some disadvantages to a cash-free world, including lack of data privacy, hacking risks, systems malfunctions, and the temptation to overspend. As seen in this BBC report, thousands of bank branches have closed in the UK since 2015, and only 17% of transactions are in cash. However, experts say that as many as 15 million people would struggle without physical money.

Until 2019, cash was the leading form of payment at points of sale, according to a FIS® Global Payments Report. It accounted for 30.2% of point-of-sale payments compared to 24.3% of debit card payments.

Cash’s significant decline came with the COVID-19 pandemic when its use decreased by 32% to 20.5%. Predictions indicate that by 2024, physical money will only account for 8.7% of all transactions.

One country that has successfully achieved a reduction of cash transactions to almost zero is Sweden. In addition, Sweden, China, and Japan have started trials of digital versions of their currencies. Meanwhile, The Bahamas officially became the first to roll out its digital currency.

In his opinion piece for The New York Times, Dr. Eswar Prasad says that the faster the US implements a digital dollar, the better. He reasons that even the poor will benefit because access to digital payment systems would be more accessible than to banks and credit cards.

He writes, “Digital currencies also benefit the poor and the “unbanked.” For example, it is hard to get a credit card if you don’t have much money, and banks charge fees for low-balance accounts that can make them prohibitively expensive.”

On the other hand, Paysafe’s CEO of Paysafecard, Udo Mueller, is concerned about some of the hardships that vulnerable people face and how this could damage the economy. “When Indian government policies moved towards encouraging a cash-free society, many farmers were unable to buy seeds to plant their crops,” Mueller told Fintech Magazine. In addition, he said, “Low-wage earners had to choose between working or spending the day lining up to exchange cash at the bank.”

Furthermore, at the moment, people can still withdraw cash from a machine when needed. In contrast, in a completely cashless society, they would have none if the internet went down because of a disiaster.

However, if you prefer the convenience of going cashless, then it is far easier than you think to do this in 2022. Here are some of the alternatives:

Cards are one of the most popular cash alternatives today but are insufficient to support a 100% cashless society. Debit cards allow users to make payments from the available money in their accounts, whereas the bank extends the credit with a credit card, and you pay the money owed for your purchases to the bank.

Mobile devices have developed into the principal way to go cashless. You don’t need to carry your purse and card anymore since you can make secure payments in-store by tapping your phone or smartwatch to a reader. Mobile payment systems like Apple Pay, Venmo, and PayPal ensure cashless and contactless payments that rely on encryption technology. Furthermore, businesses don’t pay additional costs when accepting payments from them.

Person-to-person payments allow you to instantly transfer money to another person’s account with a smartphone without even needing their bank details. Several apps also allow easy and fair bill-splitting.

Right now, cryptocurrencies can’t replace cash completely, even though money transfers can take place. Some issues prohibiting their wider use for small purchases are a lack of phone apps for transactions and a lack of universal acceptance of the currencies. Other problems include that they aren’t as private to use as banknotes, and there is no way for payees to check against “double spending.”

Consumers have shown their willingness to adopt the new payment methods. Even though many were already making cashless payments in 2019, the pandemic brought the tipping point. After that, people embraced other payment methods thanks to the realization that cash is impractical at a distance, bringing the end of physical money closer to the horizon.

How to Save Money on Health Insurance