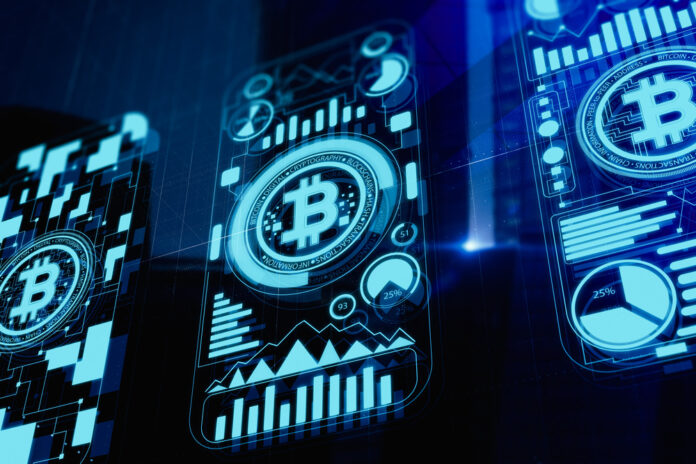 In February 2021, Tesla was reported to have bought $1.5million worth of bitcoin. The reason was to diversify payment options to the new digital currency, minimizing the use of cash. But the same year, in May, Elon Musk announced that it would no longer accept bitcoin due to its high energy requirement for mining. This development rocked the cryptocurrency industry but did not slow the bitcoin trend. Bitcoin’s market capitalization reached $1.2 trillion+ in November 2021.

The growth gave rise to new concerns about energy consumption in bitcoin mining. Though the market has taken a severe downturn in 2022, these concerns have in no way been alleviated. According to the economic times, Bitcoin and other popular altcoins still consume over 1% of global electricity. Its carbon emission equals that of countries like Jordan, Greece, and Sri Lanka.

A revolution in the energy sector is at hand because virtual currencies are here to stay. This energy revolution will be among the significant changes from bitcoin’s creation. Below, we examine some current and future trends in bitcoin mining regarding energy consumption.

Electricity is a significant cost in bitcoin mining. Miners opt for cheaper electricity to maximize their potential profitability. The pressure for a more environment-friendly power source is causing many to choose renewable energy. Fortunately, wind and solar energies are cheaper than fossil fuels with the right technology. The adoption of renewable energy has continued to grow. Individual miners and mining businesses are turning to this alternative to reduce their carbon footprint.

Moreover, the Russia/Ukraine war has proven that fossil fuels are not as stable an energy source as many believed. Natural gas and oil supply greatly rely on major global manufacturers of these commodities. Its supply chain is complex and can easily get hampered by political instability.

2. Different channels are being used to generate renewable energy

There are several renewable energy sources, but the most popular ones are solar, wind, and hydropower. Others include biomass, nuclear, geothermal, tidal, biodiesel, etc. Some countries, such as South Korea, use two renewable sources, thermal and nuclear energy. Tropical nations, such as Uruguay, use hydropower and wind. Since it is a tropical country, it is reasonable to expect them also to adopt solar power generation in the near future.

Small-scale generation, commonly called distributed generation, is another rising trend resulting from the change. It refers to generating renewable electricity close to the end consumer. Solar and wind panel are good examples of distributed generation technologies. Until a few years ago, such electricity distribution was not in use. But it is now getting widely adopted. The near future will see people owning their power sources, such as solar panels.

Despite this, bitcoin and cryptocurrencies are seeing increased acceptance rates. The fact that people are starting to see that bitcoin mining consumes far less energy than traditional banking could be the reason. The switch to alternative environmentally-friendly energy sources is another valid reason. It is clear that rather than going away, bitcoin is changing the energy sector. Here are some predictions about future trends and cryptocurrencies mining:

Bitcoin and altcoins mining comes with rewards that can appeal to the energy sector. Energy generation companies will adopt mining as a means to monetize stranded energy.

Electricity will be cheaper for end consumers

People are turning to alternative energy sources and building more efficient and robust power grids. Mining will cause power generators to construct immensely-sized power networks to accommodate surplus energy. More energy will be generated; as a result, leading to a higher supply. Consumers will need not be charged for this surplus energy included in the networks.

There are untapped energy sources in remote locations, such as deserts and volcanic areas. These sources remained untapped due to the lack of a consumer market around the area. Bitcoin mining has provided a means to use these sources. Mining will continue to encourage research in energy generation, which could potentially bring about more innovative generation sources.

The world is constantly changing. The information age is speeding up this change. One significant paradigm shift humanity is experiencing is the adoption of virtual currencies. Bitcoin’s invention brought about major changes in finance and beyond. These changes are still being uncovered. Mining cryptocurrency has the potential to carry humanity forward to the next stage in energy production. A potential energy revolution is at hand. A revolution that could bring about an abundance of energy and a better world for all. Keeping up with the trends is essential to adapt to the changing world.

How Cryptocurrency Can Help Small Businesses