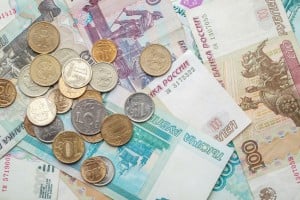 According to Bloomberg, Russia’s most prominent billionaires are getting completely crushed by the economy, and that’s far from an understatement. They computed the losses and gains of Russia’s 20 richest fellows and found that they’ve lost a total amount of $62 billion. It’s no hidden secret that Russia’s probably taken the most brutal beating during the oil price crash, and almost 15% of that $62 billion can be blamed on that single factor.

They lost a total of $10 billion in just the last 3 days. Russian markets, which are heavily dependent on oil prices, have obviously been performing extremely poorly. In this case, there are several economic issues that are to blame as well, especially the Russian Central Bank’s questionable methodologies of handling the situation. Their decision to almost double interest rates (from 10% to about 17.5%) with the intent of keeping their currency’s value under control completely flopped. In fact, you could even go as far as to say that it backfired.

Despite the Russian Central Bank’s futile attempts to prevent the Ruble from sinking any lower, they continued to sink anyway, eventually hitting 80 rubles to the dollar. If you must know, it’s tanked as much as 50% since its last period of stability earlier in June this year.

Some of these Russian Billionaires have made losses equivalent to the total GDP of certain countries in Africa. There’s no indication that the markets or Russia’s currency will be making a beeline for recovery any time soon. All of this can be attributed to its complicated economic and political issues, accompanied with oil prices barely keeping it afloat. At this juncture, even the slightest dips or shortfalls could cause an amalgamation of ripples throughout the Russian economy.

Their treading on thin ice right now, and it appears that it’s going to stay this way for a while. Needless to say, Russia’s billionaires are the ones feeling the most sour about this situation. If anyone needs a break right now, it’s the ones who accumulated losses equal to the GDP of entire countries.