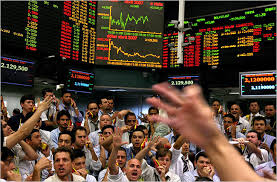 The numbers look great, and it’s nice to finally see each of the markets in the green zone for now. The Asian markets are performing similarly as well, just with China’s Shanghai Composite slightly dipping, but nothing of catastrophic nature.

All of this is music to their ears. Europe has definitely taken the hardest hit since the crash in crude oil, and it’s nice that they can finally take a moment to breathe. Of course, there’s still speculation that oil prices might not have hit its lowest possible point just yet. If it hasn’t, then Europe better gear itself for another ride downhill.

European markets took the longest to recover after the financial crisis in 2008. In fact, it’s safe to say that they haven’t fully recovered even up till now. Taking another hit from the crashing oil prices might do yet another serious dent to the markets’ performances. They honestly can’t afford to hit rock bottom again, there’s just far too much for them at stake.

This surge in their performance might be the lucky break that they’ve been waiting for, but it’s still too early to tell whether it’ll continue to head in the same direction or slide back down in the coming days. Retail sales in the UK have been on a steady increase this entire year, and it’s looking even better for 2015. Let’s just hope that Europe can keep this up and ride out the oil prices.

The only thing worth highlighting about the Asian markets is Japan’s Nikkei 225 hitting one of its highest points since its plummet a little less than 2 months ago. It’s managed to climb its way back up before finally resting at 2.32%. Stay tuned for further updates about the European and Asian markets.