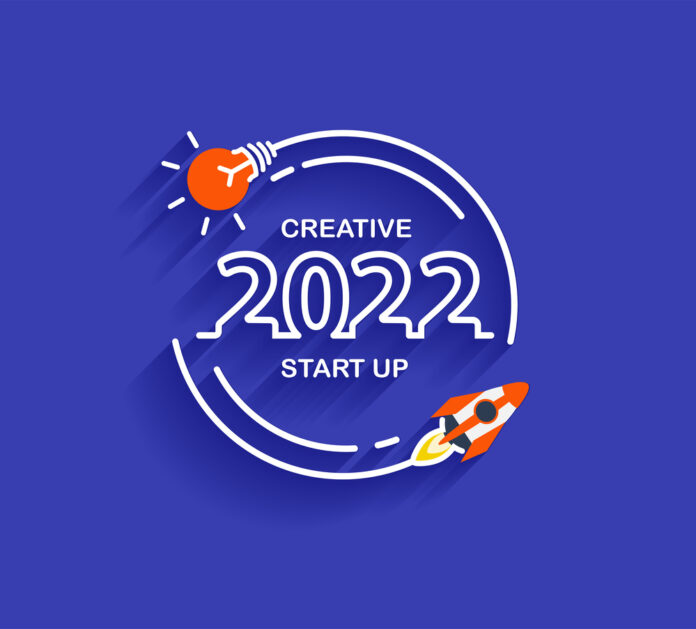 Many small businesses throughout the country were captivated by a recent Super Bowl ad that depicted a group of Vikings rowing across the ocean. A commercial for Death Wish Coffee Company, with 11 workers listed on its website, including its owner and creator, Mike Brown, aired nationally recently in Super Bowl 50. The Quickbooks campaign “Small Business, Big Game” funded this multi-million dollar commercial. As a result, Death Wish Coffee received an avalanche of phone calls and online orders following the show’s airing.

It’s essential to be objective while discussing Super Bowl ads. There was a big win for Death Wish Coffee. Unfortunately, the cost and availability of such airtime are both prohibitive. Who knows how long it would have taken for the coffee company to become an internet sensation if it hadn’t been for that commercial. So, many small business owners are asking, “Well, that’s great, but what about my business?” My company nor I can afford a Super Bowl ad, and I have little hope of getting one. 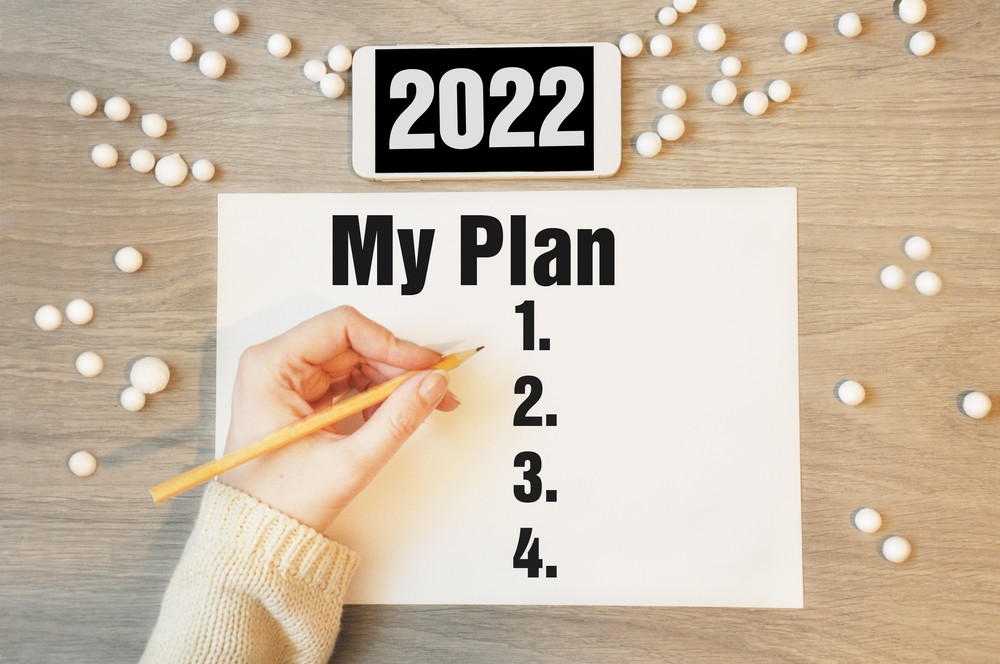 To your relief, a Super Bowl ad isn’t necessary for commercial success. To get off to a good start, several small firms choose to work with advertising agencies. If you’re going to go viral, you’ll either pursue the PR way or hire a local production crew to make the video.

There is no need for anything more complicated than a few well-thought-out concepts to make an impact. No matter what type of business you’re in, the principles remain the same. Don’t copy anyone else’s work. Differentiate yourself. Don’t be afraid to be a Purple Cow (see Seth Godin’s fantastic book of the same name for more insights into that).

Here are several simple techniques you’ll learn about how to get your small business noticed in a hurry. The options are yours to run with. Adapt them to your company’s specific needs. Then, ask for help developing one of these ideas into a product your company can benefit from by writing to us.

Zig When Everyone Else Zags

When it comes to promoting your small business, copying the competition is one of the worst blunders. You decide to follow suit because you’ve seen what they’re doing, and it’s working. But, instead of flocking to you simply because you’re copying a successful company, they will go to the original.

To stay ahead of the game, you must zig when others zag. There are several ways to accomplish this. First, what kind of business are you running? For instance, imagine that you work in the floral industry. On Valentine’s Day, every florist raises its pricing. As a result, you may want to forego an increase in your price or even lower pricing. This will not only draw attention to your business and bring in new customers, but it will also portray you as the only florist who genuinely values this particular tradition. As a result, you might easily attract hundreds of new clients throughout the year.

Take Up A New Challenge

You’re familiar with eating challenges if you’ve seen Bizarre Foods or Man vs. Food. A terrific way to gain new clients and, based on the rules you set, create extra cash.

For example, if someone finishes their meal, you might give them the meal for free. Although the meal is so large, just one in every hundred people will attempt it. Everyone else has to foot the bill, and it’s for a lot of food. This is something they are well aware of, yet they are willing to take a chance to demonstrate their mettle. A t-shirt is included in the prize package if they win. You’ll get 25% off everything for the rest of your life. Remember that only a relatively small percentage of people will achieve their goals. It’s up to those who do to spread the news and help you advertise.

Is there an alternative if you don’t own a small business? There’s nothing to worry about. Let your business dictate the challenge. Can they hit a golf ball 500 yards in the simulator if it’s a sporting goods store? Ask someone to take a book-themed quiz if you’re in a bookshop. Customers will pour in no matter which option you select.

On Comedy Central, there is a show called Nathan For You. Based on shows that help failing firms, it’s a parody (think Kitchen Nightmares or The Profit). Nathan’s counsel is usually excessive, so it’s so funny. However, he does occasionally come up with a winning idea. For example, that Starbucks where you had to type in your name was outstanding. But, no, I’m not crazy about the poop-flavored ice cream.

Is there a way to get people’s attention by using more extreme ideas? An eatery called The Heart Attack Grill serves out gigantic quadruple-bypass hamburgers, spanks customers who don’t finish their meals, and offers free meals to anyone weighing more than 350 pounds! Of course, signing a waiver is a must. Death cigarettes were a famous brand that quickly ran out. While it may seem strange, think of a typical situation and flip it upside down. You may become a viral phenomenon in a matter of days.

Publish A Series Of Instructional Videos

You are an expert in your field, no matter what it is. You’re truly gifted. So why not use channels like YouTube and Vimeo to disseminate your knowledge freely? You would be foolish to divulge every successful tactic you’ve discovered. However, you may develop content relevant to your small business and promote your status as an authority. Those who work in the plumbing and electrical trades should consider creating instructional movies for the general public.

If you run a restaurant, give out cooking advice and recipes regularly. If you’re an accountant, share some of your favorite time-saving strategies for completing your taxes and creating a budget. Then, disseminate it on social media. Build a fan base. When the time comes, you’ll be the first person who comes to mind. And don’t forget that videos can be geo-targeted.

Although many small business owners fear this idea, it can work. It’s perfect for hair salons, restaurants, massage therapists, and other service businesses. But, of course, premise one is to pay as much as one desires or can afford.

Check out the SAME Cafe. Despite its success, the menu has no set prices. Instead, you pay for what you think the dinner was worth, regardless of its cost. You’d expect people to be thrifty, but it’s the other way around. As a result, customers often pay more than the café had initially planned to charge. Some diners do not pay their fair share, but they usually struggle financially. Thus the over payers make up the difference. With your firm, could you achieve the same? You can start with a “recommended prices” list, but don’t stray from the fundamentals. You can choose to pay whatever you want or whatever you can manage.

Make New Records (Or Try To)

Breaking records is a popular spectator sport. The more they’re involved, the better they like it. A World record attempt involving your business and future (and current) clients can be a win-win situation. You’ll attract a lot of attention if you spread the word on social media and contact local media outlets.

Where will your record-breaking efforts take you? Make sure it’s relevant and entertaining at all times. Numerous food and beverage industry records are recorded in the Guinness Book of World Records. Every type of record you can think of is included, and some of them will undoubtedly pertain to your firm.

It’s a win-win situation. As a result of your efforts, the charity of your choosing receives much-needed funds and exposure, and you gain the trust of your clients. Additionally, it’s a great way to gain exposure for your business.

Your company doesn’t even have to be involved in charity events or donate. For example, St. Baldrick invites people to shave their heads to raise money for cancer patients. Consider what would happen if all of the staff at the hair salon decided to fundraise this way as well. It could be a contribution of goods or services or a sponsored walk. You could even assist in the construction of affordable housing.

Anything that catches the eye of the public can be used for this tactic, whether your vehicle, a building, a landmark, or anything else. Wrapping a car or truck is the simplest and safest way to get noticed, as it is a tried and true method. If you’re looking for a low-cost way to promote your business, you may wrap your entire car in advertising material for as little as $2,000 (or less).

There are two ways to approach this: you can either play it safe and put your logo and phone number everywhere, or you can do something that will genuinely make people want to photograph and post it online. You could, for example, use paint splatters to give the impression that the vehicle has been torn open by a monster claw. To induce individuals to write down the phone number or the site address, the goal is to draw attention.

You can go on to larger subjects from cars. Is it possible to work with a local business to create a shared billboard? It’s almost certain that you won’t be granted permission to wrap a local landmark. Therefore, you’ll have to remove it. The “ask for forgiveness, not permission” technique is a common tactic driven small firms employ.

Join On The Trend

What’s on everyone’s mind right now? Do you know what social media posts they’ve been making, or do you have any updates? Do you know what’s going to be making headlines shortly? To gain access to a large audience, you need to link your business to a hot issue or trend. To begin with, the trend or issue should have some connection to what you do. However, if it does not, try to make it so that it does.

Recently, a local dentist handed away fidget spinners at a school fair in Colorado. It has nothing to do with dentistry, but they were conceived as a way to keep your children occupied during your dental appointment. There was an extensive line for the dentist’s show with the fidget spinner mania at its peak. People waited for up to 20 minutes in line to acquire a free spinner for their children. The dentist’s information was, of course, imprinted on the spinner. It’s a simple, low-cost way to cash in on the short-lived popularity of pop culture.

Getting your business noticed can be difficult, but it’s not impossible. With creativity and effort, you can ensure that the masses see your business. Try out some of these ideas and see what works best for you!

How to Find Influential Business Partners to Grow Your Reach

How to Find Your Marketing Voice When Starting Your Business