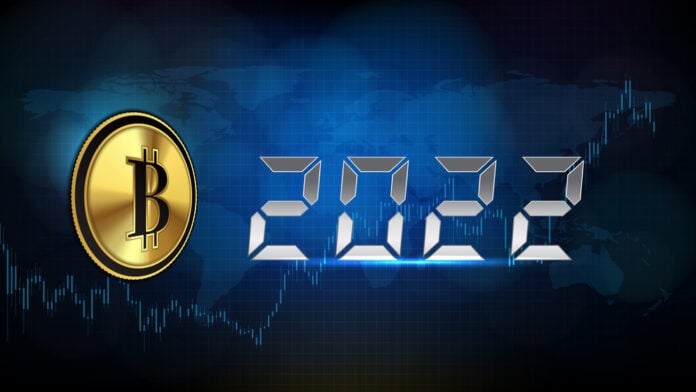 With so much uncertainty impacting financial markets worldwide, it might be tempting to begin investing in cryptocurrencies. Almost everyone has at least heard someone tout the perceived benefits of buying Bitcoin or one of the many other options currently on the market. However, the concept still seems foreign and confusing to many people, so it might be helpful to address the basics before getting into how much profit a crypto investment is likely to return.

Crypto refers to any form of currency in a digital or virtual state at its root level. Since it is typically moved through several decentralized computer systems, this currency offers high security and anonymity. As a result, more and more retailers accept cryptocurrency as a form of payment. Many early investors made considerable money by betting big on this game-changing development.

While there are plenty of reasons to be optimistic about the future value of crypto, it is worth noting that there is no guarantee of its continued success. Since this is a form of currency that is not backed by any governmental entity, its value essentially comes from individuals agreeing it is valuable. If the market is ever compromised or something happens to shake the public’s faith, there is the chance that at least specific cryptocurrencies could lose most, if not all, of their value.

What Is its Track Record?

When discussing the overarching trend line of cryptocurrency prices, Bitcoin should be at the center of the conversation. This was the first major player on the scene and remained the gold standard. First released in 2009, it began to gain value by the next year. But, of course, it was a slow growth rate from less than a penny to about seven cents over several months.

It was not until 2011 that Bitcoin was officially worth a dollar. That year saw the price fluctuate wildly, hitting highs of more than $30 before settling back down to about $2. After that, Bitcoin skyrocketed to more than $1000 as of late 2013, but it soon lost nearly half of that value.

Over the next few years, the price of Bitcoin didn’t move all that much. In 2017, it started an upward trend but hit more than a few speed bumps along the way until the pandemic arrived in 2020. With economic uncertainty and fears about inflation on the rise, the past few years have been boom times for cryptocurrency. For its part, Bitcoin saw a massive increase in value during 2021 and hit a new high of roughly $64,000 before the market cooled off in early 2022.

How Much Can You Make?

Although the opportunity to get in on the ground floor is long gone, there might still be a chance to make big bucks by sinking some cash into the crypto market. Using an example of a $1000 initial investment, there are some scenarios in which it could reap five- or six-figure rewards within the next few years.

It is worth reiterating that there are no guarantees, and Bitcoin or any other cryptocurrency could result in financial losses. Nevertheless, plenty of financial experts and advisors remain optimistic about the future of this relatively novel form of currency. Numerous forecasts indicate that Bitcoin could be trading at more than $100,000 by next year, and at least one prominent publication suggests it might be worth four times that much.

These are all just educated guesses made after considering past performance and likely future events. The actual value could eclipse even what the most enthusiastic supporters are predicting, or it could go bust like so many other investment vehicles in the past. Nevertheless, cryptocurrency remains an attractive alternative for any individual who desires to diversify their portfolio.

What Should You Look for?

Since cryptocurrency is so much newer than most other types of investments, it is impossible to forecast its future values accurately. However, certain factors can be used to speculate about whether it is headed in the right direction.

The principle of supply and demand dictates that the more interest investors have in acquiring cryptocurrency, the more valuable it will become. In addition, it has already become known as a potentially effective hedge against the adverse effects of inflation, so there could be a spike in demand as the world continues to see consumer prices skyrocket.

Of course, there is no way to tell if the current level of enthusiasm will remain at this level. If it begins to wane, the value of crypto could start to plummet. On the other hand, if the most optimistic predictions become a reality, investors might never again see opportunities to buy into the market for prices as low as today.