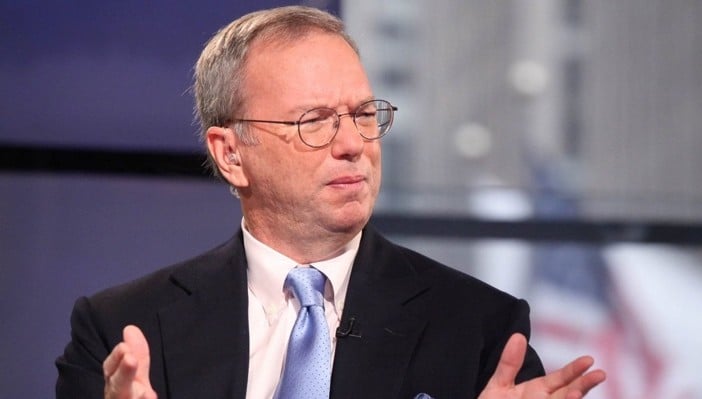 Apparently, people keep asking Google’s executive chairman Eric Schmidt how more women can get into tech. It seems pretty obvious that he has no idea.

He basically admitted as much on Tuesday when speaking at the SelectUSA Investment Summit in Washington, D.C., reports Forbes contributor Ana Swanson.

‘There’s something about the tech culture, the way we approach it, the incentives, that is driving women away …. Why are they not in tech? I don’t think we know that. We’re working on it”, said Schmidt.

It seems that he is in fact pretty baffled by the whole concept. And who is this “we” that is “working on it”?

There have been lots of high profile stories in recent times about sexism in the tech industry, such as the Ellen Pao trial, to the ‘brogrammer’ culture that seems to exist in the open source programming world, to Gamergate last year. It’s not hard to figure out the reasons based on such blatant examples of sexism.

Google is not a great example of working hard against sexism and the gender balance in the workplace. 70% of Google employees are men and in its tech roles (i.e. the critical jobs for any tech company), 83% are men, says Google. That’s not unusual for a large tech company, however, as seen in the chart below from Statista.com.

Only a few weeks ago, Schmidt was blamed for disrespectful behaviour to US Chief Technology Officer Megan Smith. In a panel on the lack of women in tech, Schmidt kept interrupting her.

That’s why when he says that he’s clueless why there are few women in tech, we can certainly believe him.