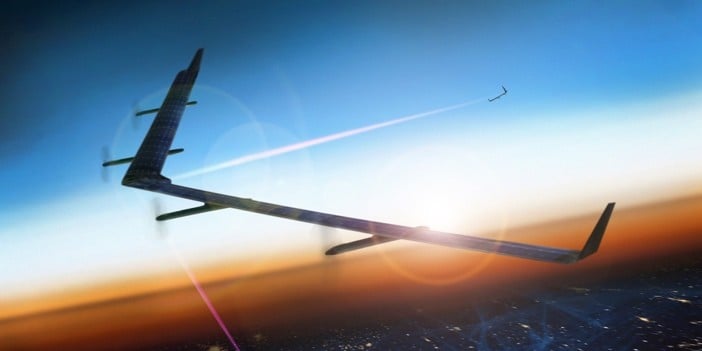 Facebook said this week it had completed test flights of a solar powered drone to extend Internet connectivity to every region on earth.

The drone, named Aquila, is a lightweight and high altitude aircraft. In the tests, it flew at several thousand feet for 96 minutes in Yuma, Arizona, said Facebook CEO Mark Zuckerberg on his Facebook page. The firm eventually aims to have a fleet of Aquilas that can fly three months at a time at around 60,000 feet and deliver Internet access.

Google’s parent company Alphabet has also invested into delivering Internet via the skies in Project Loon, which uses high altitude balloons, as well as its SkyBender drone project.

“We’re thrilled about what happened with our first flight,” said Maguire. “There are still a lot of technical challenges that need to be addressed for us to achieve the whole mission.” He said he hoped the system could be brought into service “in the near future.”

Maguire said Aquila will go through several more test flights and hopes it will soon break the world record for the longest solar-powered unmanned aircraft flight, which is currently two weeks.