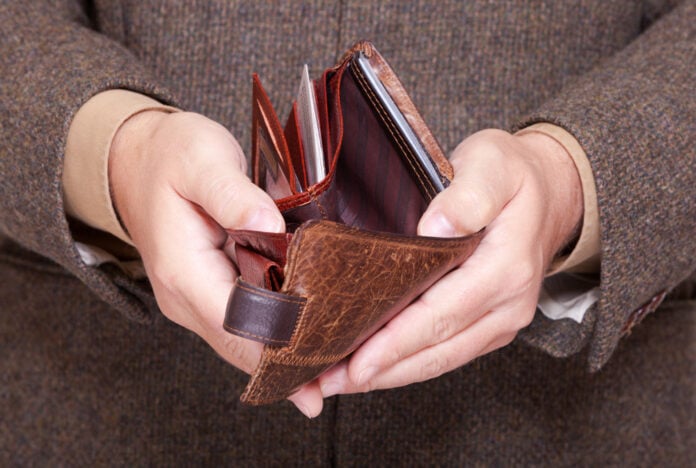 It is important to note that while wallets were considered an accessory in the past, they are certainly considered a status symbol in recent times. There are many varying theories on why it became this way, ranging from the aristocratic use of cow or horse leather billfolds in 17th century Europe to the halcyon days of the Industrial Era, where the thicker the wallet, the more critical the wearer seemed to be.

It wasn’t always this way as historically, the wallet had far more function than flash as before it took the universally recognized billfold shape – brought on by the introduction of paper money in 1690 by the Massachusetts Bay Colony – the wallet originally was often no more than a knapsack used to stock provisions. But, when it became less than civil to carry food that way, wallets – then known as a bowgett (or budget) – became a place where men could carry their cash, their book of accounts, and small articles of daily necessity.

This was especially important as pockets, historically, were only worn by women and didn’t appear in clothing until the 17th century. Men of that era were forced to carry all their most important documents around their necks. Fast forward a century, and now wallets were a place to hold a small flint, a piece of steel, and a bit of paper complete with tobacco. Perfect, for those times when smoking was more a way of life than a disagreeable habit.

The 1950s and the invention of the credit card brought the modern leather bi-fold wallet. Afterward, money compartments within the wallet began to slim down to accommodate the currency bills of the time and also more room for slots where credit cards, diners cards for eating, air travel cards for flying, etc, could be inserted for convenience.

This brings about the question. What things should a man from the modern era should have in their wallet?

Are You Spending too Much Money On Monthly Subscriptions?