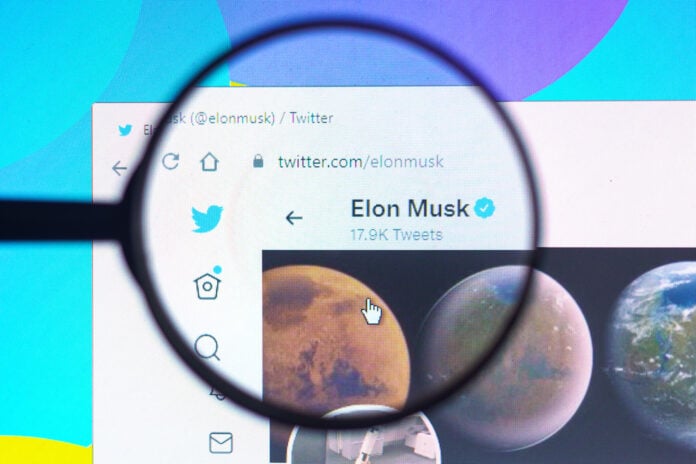 Earlier this year, Tesla’s Elon Musk quietly began building his Twitter stake. His stake reached 5% by mid-March, but Musk did not follow the obligatory procedure of announcing it within the required 10-day period, choosing to do it a month later, as revealed by an SEC filing.

Soon after acquiring his 5% stake, Musk tweeted a poll about whether his followers think Twitter should have an open-source algorithm.

The SEC filing reveals that Musk contacted Jack Dorsey, co-founder and former CEO of Twitter, in late March to discuss open-source protocols and the future of social media. Just a few days later, in early April, Musk became the biggest individual shareholder of the social media company when he announced an increase of his stake to 9.2%.

In early April, Twitter CEO Parag Agrawal announced Musk’s joining the board of directors. However, Musk refused a few days later and made his now famous offer to buy Twitter for $44 billion or $54.20 per share and take it private.

Twitter tried to thwart the hostile takeover by adopting a shareholder rights plan. Otherwise known as a “poison pill,” shareholders can purchase additional stock to reduce the likelihood of control falling to one person.

The world’s richest man wrote in his offer letter to the SEC – “ I invested in Twitter as I believe in its potential to be the platform for free speech around the globe … a societal imperative for a functioning democracy.” Furthermore, he wrote that since he invested, he realized the company could neither thrive nor serve the societal imperative without transforming into a private company and that he could unlock the extraordinary potential of the company.

A keen tweeter and believer in free speech, Elon Musk has criticized Twitter’s bans on some accounts, including that of former U.S. President Trump.

Reasons Behind Musk’s Backing Out

Negotiations between Musk and Twitter started when he secured the money for the deal from several loans, his equity, and from some high-profile names like Oracle, Binance, and Sequoia Capital.

Musk’s ambitious plans for Twitter include introducing a payments business and increasing subscription revenue, gradually expanding the company’s annual revenue to $26,4 billion by 2028.

Elon Musk’s reasons for agreeing to the deal included “defeating the spam bots and authenticating all humans.” Unfortunately, this problem has consistently plagued Twitter, creating unhelpful or misleading content.

By May 14, Musk tweeted that he was temporarily putting the deal on hold due to his concerns, with Agrawal tweeting a thread explaining Twitter’s estimates. Musk immediately replied with a poop emoji.

Musk spoke at the All-In Summit on the same day, telling attendees that he believes that spam bots make up at least 20% of Twitter users. He tweeted that negotiations can’t continue unless he gets the proof requested about the company’s claim that these consist of less than 5% of its total users.

Finally, on July 8, Musk terminated the deal with Twitter, and Twitter vowed to hold him to the terms. However, considering Twitter’s original reluctance to have Musk at its helm and the falling share prices of Tesla and Twitter at the time, both parties have had a change of heart during their negotiations.

But, neither seem keen to pay the $1 billion termination fee. Ann Lipton, a litigator with experience in class actions, told the BBC that merger agreements, even where false representations occur, are very hard to overturn.

Despite requesting a trial date for February next year due to the need to analyze all the data, Chancellor Kathaleen McCormick of the Delaware Court of Chancery ruled to fast-track the trial. Her reasoning, the “cloud of uncertainty” hanging over the social medial platform’s business, would become more extensive if delayed.

Whether Twitter is reluctant to share information or Musk regrets moving so quickly in his takeover bid, Twitter’s share stands at $9.52 at the time of writing, much lower than the $54.20 agreed on in April.

It is most likely that this deal will have the same results as most disputed mergers and acquisitions heard in Delaware courts – a potential renegotiation or settlement rather than a judgment to complete the transaction. But, as with all high-profile cases, everyone eagerly awaits the outcome!