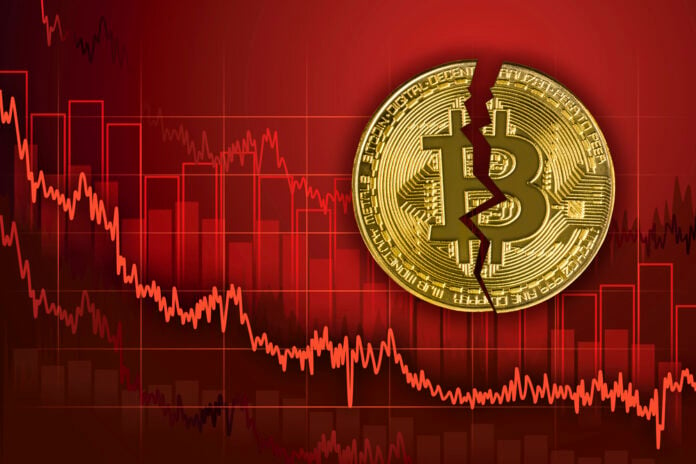 Long-Term Bitcoin investors remain unbothered by the aggressive price fall of the asset over the last ten months.

Bitcoin’s price is currently trading at $19276. The pioneering cryptocurrency began the year at $47500. After dropping from a record high of $60000+ last year.

Despite this track record, it would appear that long-term holders expect the crypto’s price to come back in the future. There are several reasons for this optimism. We share some of them below:

Bitcoin’s value has experienced severe crashes several times in the past. Its first bear market was in 2011 when bitcoin’s value took a nosedive from $32 to $0.1 within a few days. The price regained later and climbed to $100 in 2013.

That same year in November, its value rose to $1000 for the first time. Pressure from the Chinese central bank played a significant role in its second crash in late 2013. The price dropped to $700 in the following month. It declined throughout 2014 until it reached $170 in January 2015.

Bitcoin continued its bearish trend until August 2015, when the price saw a reversal and started to rise. The recovery took a long time, but its value returned to $1000 eventually in January 2017.

The main contributing factors to this crash were global regulations and hacking issues in a popular Japanese crypto exchange. The price continued in the down market until 2020, when it recovered its $20000 position. It continued to climb after this and exceeded a record high of $63000+ in April 2021.

However, this was also short-lived, and the price hit $29000 three months later. One of the factors that led to another bear market in mid-2021 is environmental concerns associated with mining a coin. Coupled with this is Tesla abandoning the coin for the same reason.

But this downtrend did not last despite China and other countries’ regulations. The bullish trend returned aggressively in late July, and its value continued to soar. In November, bitcoin’s price reached $68000. After this bull run, the price failed to climb higher and started to fall till it entered its current bear market.

This track has seen bitcoin lose over 100% of its value in the past. But it has always bounced back. If the past is any indication, bitcoin’s value has the potential to exceed its former all-time high.

Bitcoin is slightly correlated to stocks. Both asset prices move in the same direction because market participants and the factors affecting both are the same. However, there have been some signs that this is changing. Bitcoin price has remained relatively stable this past month while stocks continue declining. This might indicate a potential break in the long bearish condition the asset has experienced.

It seems the negative sentiments toward bitcoin and cryptocurrencies are shifting. Many are discovering that its advantages are greater than its disadvantages. Global regulations have not been able to hinder its popularity and acceptance. Large public and private companies are growing to trust digital currencies. More businesses are now accepting it as a payment method. Visa and Mastercard have introduced bitcoin debit and credit cards. Apart from these, several other global companies accept it as a payment option. This growing acceptance of the coin is a logical reason to remain optimistic.

Bitcoin is officially a legal tender in El-Salvadore and the Central African Republic. Countries like Cuba and Panama are showing signs of legalizing this crypto as a legal tender. Its use has also increased across the world. Countries like Canada, the US, Australia, and others have thousands of businesses adopting bitcoins. Israel has bitcoin ATMs, with nearly half a million citizens using and investing in bitcoin.

Volatility is scary, but it is necessary for good returns as long as high liquidity accompanies it. Smart bitcoin holders understand that bitcoin’s volatility is on a different level from other markets. Many have made a fortune as a result of this in the past. Bitcoin’s growing acceptance rate and volatile nature are signs that there’s no cause for panic.

Despite bitcoin’s falling prices and volatility, many experts still predict its value will rise above $100000. Deutsche Bank conducted a survey and found many investors believe the bitcoin price will exceed $110000 in 5 years. Its past price behavior indicates a steady increase in its value. And many experts expect this to continue. These predictions give bitcoin holders hope as they wait for the trend to change.

Long-term bitcoin investment could pay off like holding a stock for extended periods. As long as you ignore the short-term price fluctuations. The chance of a price recovery is more significant if given time. Looking at the bitcoin price history, investors can hope for a comeback. And if the experts’ predictions are true, holding bitcoin will come with great rewards in the future.

Bitcoin is the world’s most promising digital currency, and many believe it will replace fiat money. Many holders remain hopeful about its future, with valid reasons. The rough times it is currently going through is nothing new. Bitcoin has weathered harsher storms in the past. Experts have explained that the factors causing its extreme volatility are heading toward redundancy. There are reasons to expect the coin to recover its value and possibly rise higher.

How Cryptocurrency Can Help Small Businesses