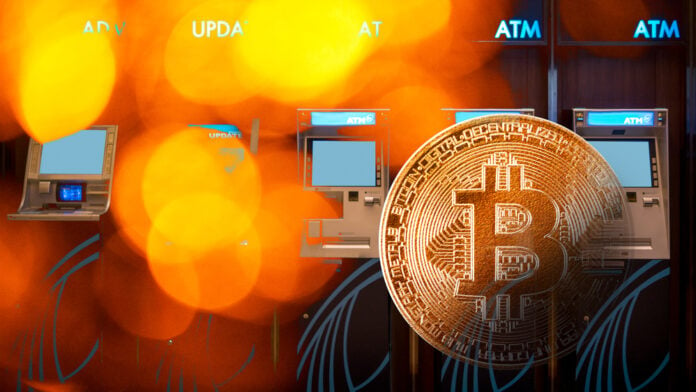 The last nine months have been a rough period for cryptocurrency investors. Bitcoin reached a record high of $68000 in November 2021 but has fallen below $19000 as of June 2022. Some experts say the sell-off period is far from over, while others believe Bitcoin’s price will make a comeback above its former record high before the year’s end.

Though there have been minor intermittent rises this year, Bitcoin’s value has mostly stalled. As the foremost cryptocurrency, its price affects other altcoins. Its sell-off had caused a significant fall in the global cryptocurrency market’s value.

What has pushed the market’s volatility to this level, and has bitcoin reached its lowest? We examine these and other essential thoughts about bitcoin below.

Due to its high acceptance rate, the law of demand was on its side. Big names in tech, finance, and business were talking about this digital currency and making big purchases. Reputable companies were not left out of the frenzy as they continued to adopt it as a means of exchange.

Many blamed inflation for the hype, but some blamed the media. People believed buying Bitcoins would help protect their monies from inflation. Others genuinely expect cryptocurrencies to replace fiat money. It was to be “the future of money,” according to some enthusiasts.

These sentiments led to high expectations and excitement, driving demand up and causing its value to skyrocket. However, 2022 has taught many that Bitcoin is not immune to inflation. Cryptocurrencies have also failed to replace fiat money. Investors realize that, so far, it is only helpful for risky speculation in the financial market.

Will Bitcoin’s price drop lower in 2022?

The price of bitcoins has declined by 4% in the last 24 hours. According to Bloomberg, the downward spiral is more likely to continue till the end of the year.

Some experts have claimed that the massive crash in 2017/18 indicates that the price will rise again soon.

But the many factors pushing the price downward make it tough to envision such an outlook in the price. Among these factors are:

Bear in mind also that bitcoin and other cryptocurrencies suffer extreme volatility. This is because their values rest solely on investor sentiment. Therefore, prices go up if most investors believe they will and fall if they expect the opposite.

Unfortunately for buyers, the market sentiment is toward falling prices. For this reason, bitcoin is likely to drop lower than before the year’s end.

On the other hand, it is impossible to tell if Bitcoin’s price will continue to dip or make a comeback this year. Because of the volatile nature of the asset, its value can make huge swings in different directions within a short period. Nevertheless, some experts still predict a rise to $69000 in value by December 2022.

As the global inflation rate rises, investors are tilting more towards protecting their capital. That means going “risk-off” in their trading and investment.

They buy into assets with more store-of-value, through which they can hedge against inflation. An excellent example of such an asset is gold. And at some point, people believed bitcoin was an inflation hedge.

However, the decline in its value had proven otherwise. While investors feared inflation and moved to store-of-value assets, they only saw Bitcoin as a risky trading instrument.

What influenced this market behavior was the worries regarding the high energy requirement for mining a coin. Additionally, several countries’ regulations were against its adoption and use.

On the bright side

Despite all the market turmoil, many global companies are still adopting bitcoins as a means of payment for products and services.

Global businesses such as Microsoft, AT&T, and Amazon, among others, already accept it for payment.

This is causing its market to expand and may eventually cause its price to stabilize. Although, some claim that this shows that cryptocurrencies are moving in the direction their makers initially intended. A payment means rather than a speculative financial asset.

Is now a good time to invest in bitcoins?

Global economic conditions are harsh at the moment. The war in Europe and the increase in interest rates strain all parts of the worldwide economy, including the cryptocurrency market.

Investors are abandoning “risk-on” assets, causing prices to drop in areas like stocks and cryptocurrencies. Nobody knows how long this will continue. However, many believe it will remain so for a while.

People who consider cryptocurrency investment during these times have two options:

To “buy the dip” is a strategy in which investors expect the asset price to climb during a downtrend. It does not mean that the trend would change and go bullish. But the price may rise slightly, providing an opportunity for small earnings.

Bitcoins have high volatility, making dip buying riskier than other assets. However, experienced investors can still pull it off. The price can rise above its current twenty-something thousand. But it can equally be expected to drop lower.

Judging from past price movements, the price fluctuated on different highs and lows before reaching its current level. One can expect it to go up again, and it might. But it may not because cryptocurrencies are a different asset class. Past price movements hardly determine future directions.

But if you wish to capitalize on the dip, experts recommend diversifying your cryptocurrency portfolio among the other altcoins. That may reduce your exposure.

How Does Bitcoin Mining Work?