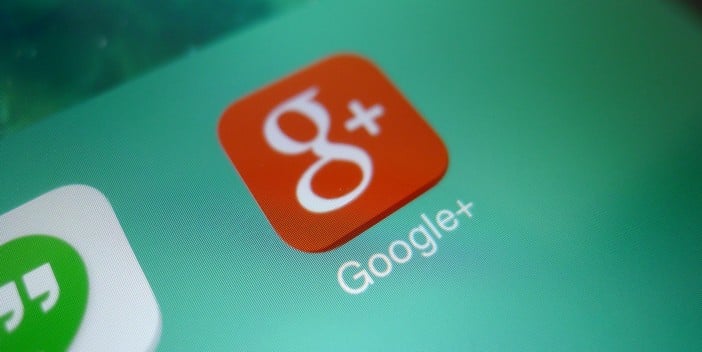 Google stated last month that the company will shake up its Google+ strategy. Instead of aiming Google+ as a social network akin to Facebook, it’s set to become to separate entities: Photos and Streams. It’s perhaps no real surprise, because Google+ has never caught on in the same way as Facebook, Twitter and LinkedIn, for example.

Google+ failed, but why?

There are in fact lots of people already using Google+, as when you log in you have access to Gmail, Google Drive and many other Google apps. However, people are certainly not using the social network side to it.

The following chart was created by blogger Kevin Anderson, based on data by Edward Morbis. He came up with an estimate of active Google+ users, which is defined as people that have made a post in January 2015. He used Google’s profile sitemaps and profile pages based on them. 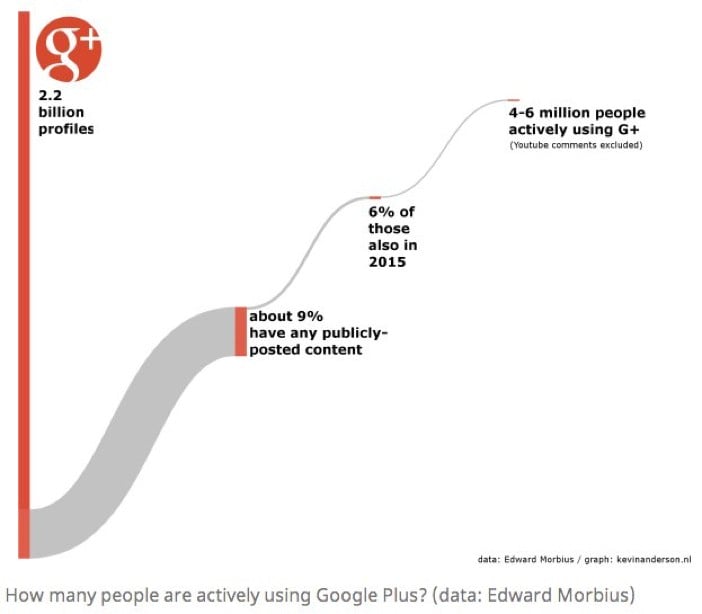 There have been rumours for a while that Google would mix things up with Google+, which was important to Larry Page, as he was said to be personally involved in the project and wanted the whole company behind it.

But former Google employees highlight the issues with Google+, with one former employee saying that it was marketed too much like Facebook, and that the company was late to market and motivated from a competitive standpoint.

Developers on Google+ were also apparently sectioned off from other employees, to prevent gossip about the product spreading, and they had their own cafeteria called “cloud”, and other staff were not permitted to use it.

“There was definitely an aura of fear for a time”, the ex-Google employee said. However, others have claimed that the special closed-off cafeteria was just a standard security measure – as there are many places on the Google campus where only certain staff have access to.

According to Business Insider, here are some more insights from other Google employees:

Google+ was intended to solve the company’s own problems, instead of being a product that made it easy for users to connect with others.

One individual said Google didn’t move fast enough into mobile with Google+. Facebook did, and then rapidly made up for lost time, and today most of the company’s revenue comes from mobile, and it also owns lots of different apps. Google+ however focused on hi-res photos which were great on a desktop and Chromebooks, but took a long time to load on mobile devices.

Google+ was also “controversial” inside Google, however that’s perhaps not uncommon with Google as it is a large company, and people have opinions on just about everything.

The person who had a huge role and led Google+ was Vic Gundotra, and when he left a year ago it was apparently a complete surprise. There was no plan for a successor, and was pretty much like “here one day and gone the next”.

Google+ has of course not become a hugely successful social network, but perhaps it hasn’t failed completely. Google has made a service that allows millions of people to easily log into all of the company’s various apps, and it’s apparently a very useful way to organise photos online. However, it’s certainly not mainstream and has never caught up with Facebook and Twitter in that respect.