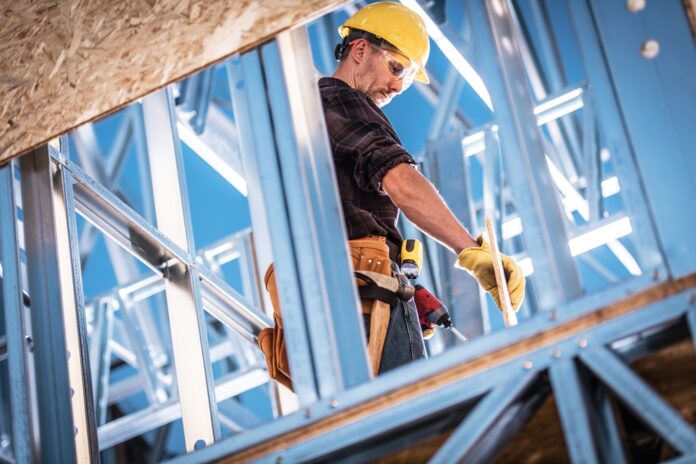 Warren Buffett likes to say that he reads 500 pages a day, of annual and quarterly reports, manuals, and other documents. The best investors believe that reading as much as possible is essential to get a complete picture of what’s going on in the world. One key piece of information that every good investor looks at is the labor market, specifically, the unemployment numbers.

What is the Unemployment Rate?

The Bureau of Labor Statistics (BLS) calculated the unemployment rate and published it monthly. It reflects data from across the country, at the local, state, and federal level. Essentially, it tells us how many people aged 16 years, and older who are looking for jobs cannot find them. Over the last decade, unemployment has trended downwards, from 8.3% in January 2012 to 3.7% in August this year, although the pandemic triggered a sharp increase in the unemployment rate. 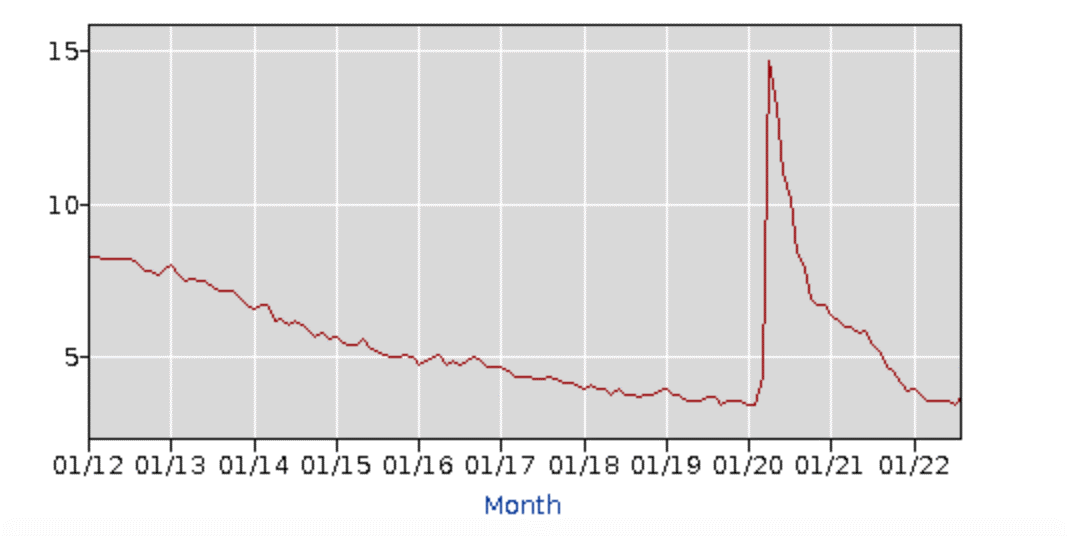 The United States compares very well to its peers in the Organization for Economic Co-operation and Development (OECD), which represents the richest countries in the world. 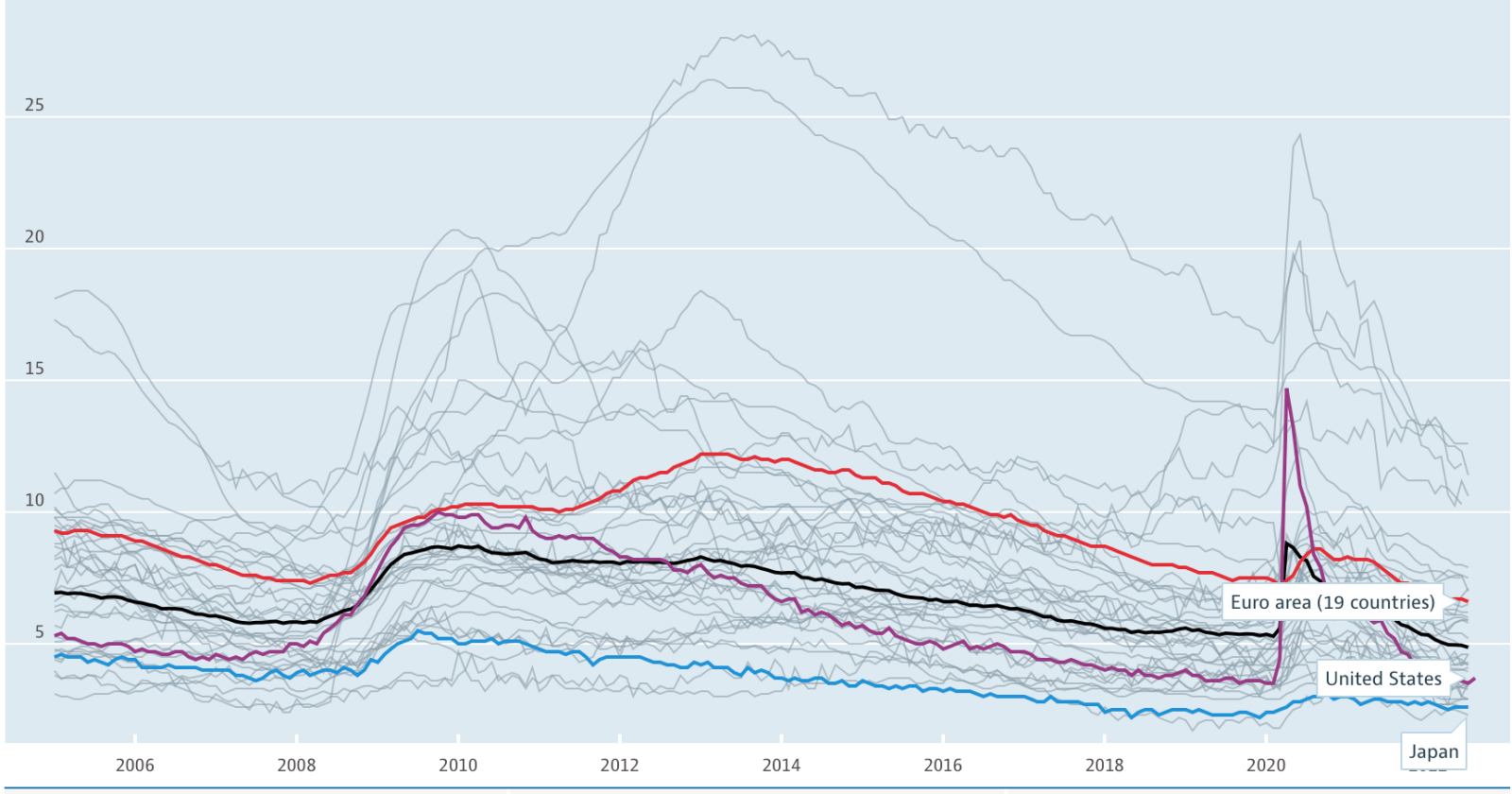 The Importance of the Unemployment Rate

The unemployment rate tells investors what the state of the economy is. Remember what unemployment is: it says what proportion of people are actively looking for jobs and can’t find any. That speaks to the growth prospects of an economy. In a growing economy, you will see a declining unemployment rate. Indeed, with inflation rising and the country in an effective recession, unemployment numbers have remained low and continued to decline, a testimony to the economy’s strength.

Correspondingly, when a country’s growth prospects are low and/or declining, the unemployment rate will reflect that reality. Greek unemployment numbers top the OECD chart, which speaks to the challenges Greece has had in the last decade, with millions of Greeks leaving the country in search of better prospects.

So if you’re investing in a company, you must ask where the market is. Venture capitalist Marc Andressen has argued that if he had to reduce the potential success of a startup to just one thing, it would be its “product-market fit.” he has called this “the only thing that matters”. He argues that having a great product is not enough because you may not have the market for it. Many great products don’t get any traction until years later. Leonardo da Vinci designed the first tank centuries before it was made. Product-market fit happens when a product has a large and growing market. So the unemployment rate is a good signal of broader market trends. For instance, in China, many luxury goods firms are worried that rising unemployment rates among Gen Z customers will lead to declining sales.

Another vital signal given by the unemployment rate is the economy’s productivity. If there is a large army of unemployed people, that’s a signal of a lot of waste of human resources and an economy desperately needing reform. It is also a signal of potential political discord, which, down the line, can lead to a populist backlash against businesses.

The unemployment rate is like a weather vane that tells investors how the economy is doing and, more importantly, where it’s going and what consumers are likely to do. Given rising unemployment, for instance, consumers are likely to reign in their spending because they aren’t sure about their future income. On the other hand, when jobs are easy to come by, people will be more willing to spend money on luxury goods and other items that they may strike off their budgets in tough times. The unemployment rate, then, signals whether a country is in or heading toward a recession, a boom, or just treading water.

Of course, given how the unemployment rate is calculated, it’s a lagging indicator. It’s more appropriate to say that it tells us what happened last month. It may be that trends in the last month are being reversed as you consume the unemployment rate, so it’s essential to review unemployment rates with an understanding of the country’s economic policies and using a variety of other sources. The Thatcherite reforms are an example of how unemployment rates can be misleading. The Iron Lady’s reforms initially led to years of rising unemployment, even after the recession ended. However, those reforms paved the way for a period of economic growth.

It’s also important to factor in how the unemployment rate is calculated. For example, the United Kingdom uses a claimant count, which reflects the number of people applying for unemployment benefits. This ties the rate to eligibility requirements and savings rates -a person may be unemployed but have enough savings not to claim benefits immediately-. So you can improve unemployment rates purely because people have fallen out of the eligibility criteria, even though they are still unemployed.

Today, Britain places greater emphasis on an internationally-accepted method of measurement that gives an unemployment rate percentage of the potential labor force – in other words, those of working age who wish to work but cannot find a job.

This percentage varies significantly across developed countries. For example, the IMF forecasts the following unemployment rates for 2019: 3.3% in Germany, 8.8% in France, 10.7% in Italy, and 18.5% in Greece. 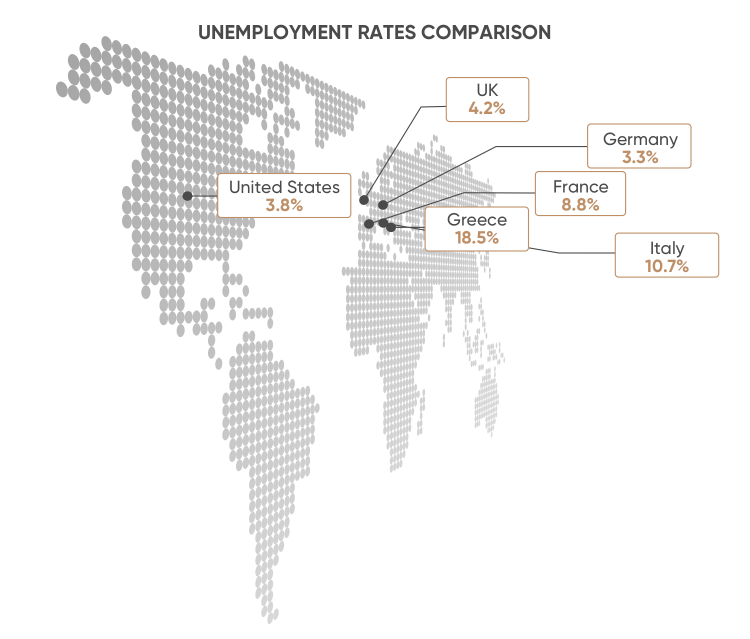 Two things to remember about these figures are that they count those unemployed rather than the total of economically inactive people. Someone is counted as unemployed if they are available for work. Those unavailable for work may be caring for family members or discouraged long-term unemployed who have given up on looking for a job.

Second, very high unemployment rates may not be all they seem, especially if the country seems relatively stable and prosperous. Officially jobless people may be working in the hidden economy, not least in businesses run by members of their own families.

For this reason, traders and investors need to learn about the culture of each national market.

So, what does a rising unemployment rate tell us? That depends on its causes. A cyclical recession in a well-functioning economy may be a buy signal, as the rise in unemployment may indicate a more efficient use of labor resources.

But a deep economic depression in a badly-functioning economy may be a sell signal if there is no end to the downturn and thus the rise in unemployment.

Remember, as mentioned earlier, that unemployment is usually a lagging indicator. Traders and investors know this, which is why stock prices tend to rise alongside the unemployment rate – often to the fury of those who are now out of work.

This is particularly the case in contemporary Europe, given the mandatory consultation period during which employers are required to hold discussions with those whose jobs are at risk, thus delaying the impact on the unemployment rate.

An added twist is the current phenomenon of “zombie” companies that have been kept afloat by very loose monetary policies pursued in the wake of the financial crisis. Put bluntly, these are the businesses that ought properly to have folded already, so a sustained rise in unemployment may well indicate that such businesses have had their life support removed.

Though it is on those affected, traders and investors may conclude that this is a buy signal, given that it indicates a return to more typical economic conditions.

Two final thoughts on this topic. First, there will always be some joblessness, so-called frictional unemployment, as people moving from one employer or occupation to another register as unemployed for however brief a period.

Second, the historical unemployment data shows that chronic joblessness tends to come in spells and then disappear for decades: the Twenties and Thirties, the Seventies and Eighties. We are currently in a period of historically low unemployment, but for how long?