The year has not been easy on many people, and around the world, nations are battling not only a deadly pandemic but also socio-political unrest and organized propaganda especially this being an election year. 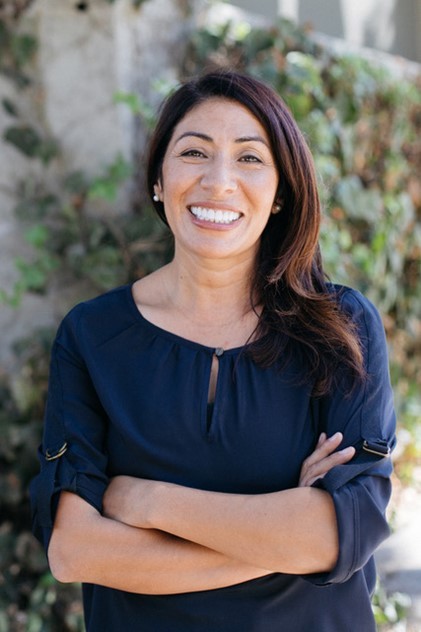 We met with Emiliana Guereca, founder of the Women’s March Los Angeles Foundation, women’s rights activist, and advocate for Latinx and LGBTQ rights. In 2016, Guareca led the women’s march in LA, a day after then newly elected President Donald Trump took office.

Since the establishment of the Women’s March LA Foundation in 2017, Guereca has been at the forefront, mobilizing new members across the nation to get involved and become active veterans in the fight for equality. Guereca shares a history of great hardship, born in Mexico and raised by her parents in South Side Chicago, she is an active member of her community, entrepreneur and NPO organizer.

Your work is shaped by the years of oppression and civil injustice brought forth by a government that has failed to prove itself, what is it that pushes you to do more every year?

The first women’s march I organized in 2016 was a testament to me and thousands of other women. It showed me that as a Latin-American woman, I am not the only one who must deal with injustice and inequality, not just in our places of work, but in society overall.

Years of keeping quiet, having to deal with political agendas and leaders who directly target minorities have led us to the brink of civil unrest. The Women’s March LA Foundation has seen immense support since its establishment, I am humbled and proud to call it a beacon of hope for many women in America.

What led you to become the organizer for the LA Women’s March?

The day after the 2016 election I was left sad and somewhat frustrated. Here we have a man, voted into office with no real political background having to lead a melting-pot of cultures. I first contacted the organizers in D.C., but there was no response, so I took it up to myself and started contacting municipal authorities in the hopes to receive a permit.

The organizers and lead-staff at the time were all strangers to me, we haven’t even known each other for days, yet here we were organizing the LA women’s march – that showed me what community and allyship can do.

Is there something important that you have learned and experienced through your years of organizing?

Every person, high school, college or university student, young, old, black, brown, man, or woman I meet every year are helping to reshape the foundation of a nation that has for too long ignored the rights and liberties of its citizens. We have busses of high schoolers coming to register to vote or pre-register.

We have youth organizers helping first-time voters register, and of course, I’m meeting young women being leaders in their communities, women helping each other, without even knowing one another. When women start seeing other women in places of power and importance, it shows that it is attainable, and pushes them to pursue more.

How will the 2020 election change the course of your foundation?

This election will be a milestone for our nation, the women’s march has and will always be an active member in society, raising our voices against injustice and inequality. Regardless of what the outcomes may be, whether it’s blue or red it will surely make way for us to do more, improve our strategies, and help mobilize members in rural areas. Reaching out to those who need a voice and be heard is at the forefront out of the movement.

Can you share a final thought of wisdom for those looking to get involved?

There is always more work to be done, whether we have a democratic leader or not. The issues and socio-political problems caused by years of oppression have yet been solved, being an active civic leader in your community will help bring change, slowly but surely, we’ll get them all.

For more information about the Women’s March LA Foundation, you can visit their website at, https://www.womensmarchfoundation.org/