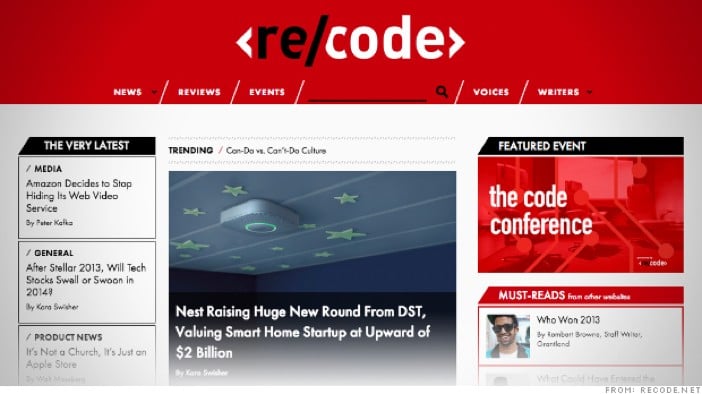 Vox Media, the owner of tech website The Verge and may other websites, is said to be acquiring Revere Digital, the company that owns popular technology website Re/code, according to a statement on Vox Media.

Comcast’s NBCUniversal exchanged its minority interest in Re/code for shares in Vox Media, a source familiar with the deal said, according to Reuters.

“We want to assure you that this combination is designed to bolster and enrich Re/code, and that we will continue to publish under the same name and leadership, with editorial independence”, Re/code’s Walt Mossberg and Kara Swisher wrote.

Vox Media has confirmed details of the acquisition in a press release.

Re/code has also said that it would occasionally collaborate with The Verge, Vox Media’s current tech news site. Re/code will focus more on the business side of technology, while The Verge will cover the topic from a lifestyle viewpoint, Re/code said on Tuesday.

Re/code will also continue its regular Code conferences, which are industry conferences where the journalists talk with top level technology executives. It will eventually move to Vox Media’s publishing platform, which is said to provide new ways to present the news.

Re/code launched 18 months ago, with Mossberg and Swisher having a majority ownership, while Comcast’s NBCUniversal and Windsor Media each had a minority stake.