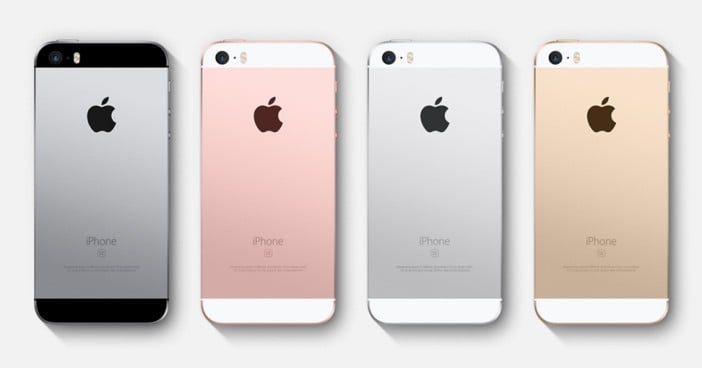 Since the iPhone SE launched earlier this month, demand has apparently outstripped supply, leading one investment firm to conclude that the new more budget-focused 4-inch device might offer shareholders an upside this year.

Analyst Amit Daryanani from RBC Capital Markets issued a investors’ note on Friday , in which he said shortages of the iPhone SE online and in stores is a positive sign for Apple.

He believes that Apple will sell over 40 million 4-inch iPhones this year. And even though some will no doubt cannibalise sales that may have gone to larger smartphones, Daryanani says the iPhone SE will drive around 15 million incremental iPhone sales for Apple this year.

The phone is believed to have a bill of materials worth around $360, and a starting price of $399 for the 16 GB model, leading Daryanani to point to gross margins of around 35 percent with the iPhone SE, lower than margins for the iPhone 6s and iPhone 6s, which are in the mid 40’s percent range.

Nevertheless, he estimates the iPhone SE will drive $6.8 billion in revenue and 23 cents in earnings per share for calendar year 2016. He assumes an average selling price of $450 taking into account the $499 64 GB capacity model.

Apple is experiencing stock-outs and shipping delays for the new iPhone. New deliveries in the US for example aren’t scheduled to arrive until April 25th at the earliest.

In China, waiting times are slightly shorter, with deliveries slated for between April 19th and 22nd. Daryanani speculated the shorter delivery time in China is due to more inventory being allocated to the region by Apple as the firm looks to seek out new users in emerging markets.

RBC Capital Markets has maintained its “outperform” rating for AAPL with a target of $130.