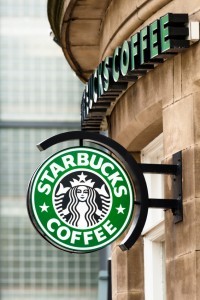 Starbucks (NASDAQ:SBUX) has made a big point in its training system to encourage baristas to be friendly to customers. This is one of the reasons why people go to Starbucks. You are given a friendly environment and that environment is standardized across the board. It doesn’t matter whether you walk into a Starbucks in Los Angeles; Manila, Philippines; or Tokyo, Japan. The same level of friendliness and the same welcoming environment is present.

You can thank McDonald’s for this. McDonald’s pioneered the whole concept of a standardized restaurant experience. Starbucks is just the latest heir to this innovation.

Well, it appears that Starbucks tried to do something new and embarked on trying to effect a positive social change by encouraging its baristas to engage customers on a potentially divisive topic. One of the most divisive topics you can ever talk about in any dinner conversation is race. I know you have probably heard from your mother and father that you shouldn’t talk about religion, your relationship with other people, relationship with close relatives, and politics when talking to strangers or even friends. Well, Starbucks tried to go out on a limb and talk about race, and it blew up in its face.

This is definitely a bad public relations move for a company that seems to have been making all the right moves recently. In fact, things have been going so well for Starbucks up until this recent public relations fiasco that it issued yet another two-for-one stock split. This bit of bad news hasn’t changed my impression of this company. I would still rate this company as a strong buy.