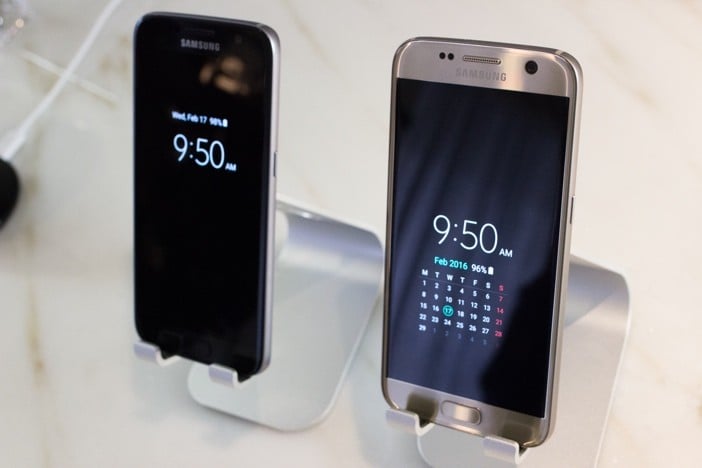 Korean manufacturers Samsung and LG unveiled their latest smartphones on Sunday at Mobile World Congress in Barcelona, aiming to revitalise their fortunes as top handset makers.

All phone makers face a tough year in 2016 as global growth slows, and currency weakness persist in emerging markets sapping consumer spending power. A huge push by Chinese companies overseas amid the slowdown in growth may even further undercut margins this year.

In order to recapture market share, Samsung just launched two new versions of its Galaxy S lineup and also Facebook CEO Mark Zuckerberg for a guest appearance to promote virtual reality, which led to hundreds of people rushing to the stage to record the moment.

LG, which actually lost money from its mobile unit last year, introduced a new modular design to its G5 smartphones that allow people to replace and upgrade features like the camera and audio independently.

LG also launched a virtual reality headset and accessories, such as a drone controller to pair with the G5.

Analysts were upbeat about LG’s features, which they said were different enough to revive sales, but were rather lukewarm about Samsung’s new devices which they said had only incremental upgrades.

“I think it’s possible for LG’s mobile business to recover on its new product launch, since they delivered significant changes with the G5”, said Seoul-based HDC Asset Management fund manager Park Jung-hoon. “The Galaxy S7, however, doesn’t seem to be creating as much buzz”, added Park.

Samsung shares were down 1.3 percent as of 0212 GMT, underperforming a 0.2 percent fall for the broader market .KS11, while LG shares were up 3 percent.

Revamps could prove key to smartphone makers as 2016 shapes up to be another tough year: researcher TrendForce expects the smartphone market growth to slow to 8.1 percent from 10.3 percent a year earlier.

Margin pressures are also expected to intensify for the industry as Chinese manufacturers seek to expand overseas to counter slowing domestic demand.