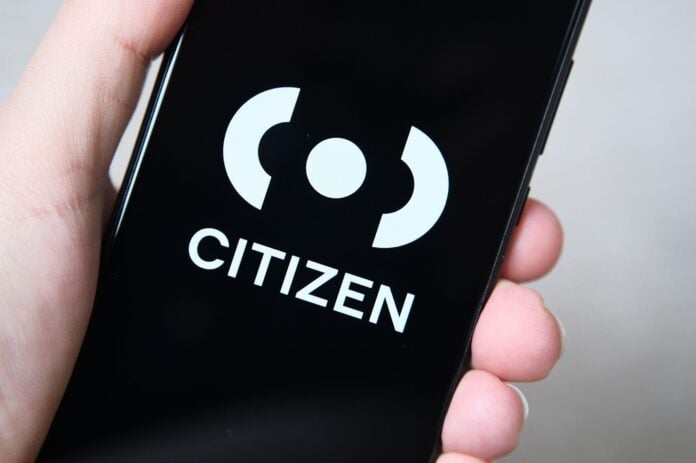 As more and more schools move away from online classes to opening up their campuses, many students will be returning to school grounds. With that comes crime and concerns over safety, even in the safest of communities. Every university and school experiences crime, including theft, violence, car accidents, and even severe weather. For this reason, students must know how to stay safe during the school year. One of the ways that students and university employees can keep safe is with personal safety apps, like Citizen.

What is the Citizen App

The public safety app Citizen is a mobile protection service available for both Android and iPhone users. The safety crime-tracking app reports nearby safety incidents based on police scanner data and other reliable sources. In addition, the Citizen app features real-time safety alerts, live videos, incident reports, and subscription services for added layers of protection.

Citizen App users can also connect with friends and family. Using the safety map, users can find out if something important is happening around them or their loved ones. This allows users to see the exact location of their loved ones, so you know at a glance if they are near a dangerous situation in real-time. The map function also lets users track specific locations, like universities and high schools, to receive information about public safety incidents.

The Citizen app also notifies users of severe weather alerts using warnings sourced from the National Weather Service. Instant alerts are available to everyone nationwide, including those outside the app’s service areas.

Besides following school safety protocols, like signing up for the school’s automated message notification system used to contact students and employees during emergencies, safety apps have also been making their rounds on campuses nationwide. Since Citizen was first founded in 2017, it has been used at schools and universities.

One example that the Citizen App was used in schools was during beta testing of the app in New York City. In October 2017, students from the Avenues private school were dismissed and headed home on their school buses. At this time, school principal Abby Brody got an alert from the Citizen app about a potentially dangerous accident involving a traffic incident. It later turned out to be a deadly terrorist attack, and because of the Citizen Alert, Brody was able to stop the buses.

“I jumped in front of the buses and stopped them,” Brody said. “They were about to pull out, and if I’d waited to get an update from the security team or the local police precinct, the kids would’ve been in the middle of it; they would’ve been driving right into it.”

Students are also downloading the app to get real-time notifications about potentially dangerous situations on their campus. For example, Cecilia Rathbone, a student at Ohio State, downloaded the Citizen App after receiving emails about crimes happening around the campus.

She recommended the app to her friends after realizing the importance of being aware of dangerous situations. “It can be nice to be in the dark about it because you don’t have to worry about it,” Rathbone said. “But it’s happening whether you know it or not, so I think it’s better to be ahead of the ball and go ahead and download it and just know these things.”

One of the app’s primary missions is to have real-time information available and accessible to all, which empowers users to make smarter decisions to stay safe. “We’re empowering people to make decisions about their safety in ways that have never been possible before,” said Andrew Frame, Founder, and CEO of Citizen. “This fills a basic human need that we all have.” To learn more about the Citizen app, go to https://citizen.com/.