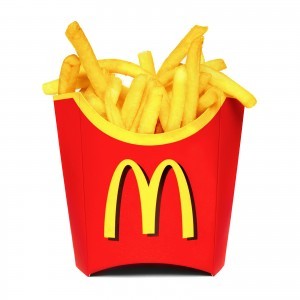 Following a series of losses, McDonald’s (NYSE:MCD) has announced its turnaround plan. The company plans on reorganizing its international operations and selling some of its corporate sites to franchisees. McDonald’s hopes the plan will help reverse the downward trend in sales.

As part of the plan, the company will organize its overseas market by maturity in the McDonald’s system – not by region. Currently, the market is split outside the US into Asia/Pacific, Europe, Africa and Middle East. The company’s leading international segments will be mature markets, such as Canada, Britain, Australia, Germany and France. These regions offer similar competitive and economic dynamics.

Countries with high expansion potential will be placed into the “high growth” segment. These countries include Switzerland, China, Italy and South Korea.

All remaining regions will be placed into the “foundational” markets segment.

In addition to reorganizing its international markets, McDonald’s will also refranchise 3,500 sites by the end of 2018.

By the end of 2017, the company expects to save $300 million annually in costs. The savings will come primarily from the additional franchising. McDonald’s has also pledged to return $8-9 billion to shareholders this year.