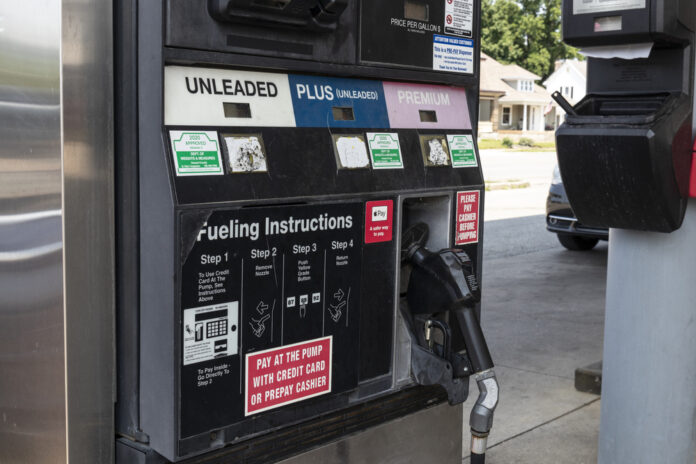 The number of gas stations that take Apple Pay is growing, often at an exponential rate. This is partly to do with the number of retailers, including gas stations and small convenience stores, upgrading their equipment to accept “tap to pay” payment methods.

Apple Pay methods are slowly increasing in capacity at local stores, various retailers, and gas stations, especially in areas with a heavy population and less rural. If you own an iPhone and consider using Apple Pay as your go-to payment source, you need to know how it works.

Using Apple Pay at a Gas Station with Your iPhone

Using Apple Pay via an iPhone will be the predominant payment method of choice, probably for years to come. Unless the iPhone becomes obsolete one day and Apple shifts its priorities elsewhere. It’s hard to imagine Apple going out of business, so it’s safe to say that Apple Pay will be around for a very long time.

Paying with your iPhone is pretty simple. When you set up your iPhone for the first time, you will be prompted to add one of your debit cards or credit cards to your Apple Wallet. The first card you add will become your default Apple Pay method, so long as Apple supports the card.

Alternatively, if you have a gas station app with integrated Apple Pay, you can pay from the app. This is available at Exxon and BP gas stations only but is likely to expand.

Once you are at the pump, open the app and scan the QR code on the pump. You will do this directly from the gas station app. You will have to select the pump number you are at, and everything else will be automated.

Using Apple Pay at a Gas Station with Apple Watch

Using an Apple Watch to pay at the gas station is even simpler than using the iPhone. Moreover, it’s pretty intuitive and will make you feel as if you have joined the technological revolution when you use it, assuming you care about such things.

The Apple Watch is the fastest and most straightforward way to pay at a gas station using the Apple Pay method.

Using Apple Pay inside the gas station is almost the same as on the outside. You can usually tell if a store will have an NFC reader or an Apple Pay logo based on what is on the pumps.

However, if you don’t see anything on the pumps, that doesn’t mean that they won’t accept it inside, just that it isn’t likely. Either way, take a look at their credit card reader when you walk in to determine whether or not you should get in line, especially if Apple Pay is your only payment method.

There is the unfortunate problem with card readers functioning only half the time, at least when it comes to the NFC reader. Miraculously, they seldom fail when inserting your debit card, but it’s an all too common frustration when the card readers won’t conduct a simple NFC scan.

Pay to tap methods are growing in popularity by leaps and bounds, but don’t be surprised if it doesn’t work inside the store or at the pump.

This is subject to change and not all stations will participate.

Apple Pay is a simple and intuitive payment method that helps you pay at a gas station while on the fly when you don’t want to stand there and enter half of your life’s information to pay for your items.

Apple Pay is as simple as holding your Apple Watch or iPhone up to the NFC reader and following the instructions.