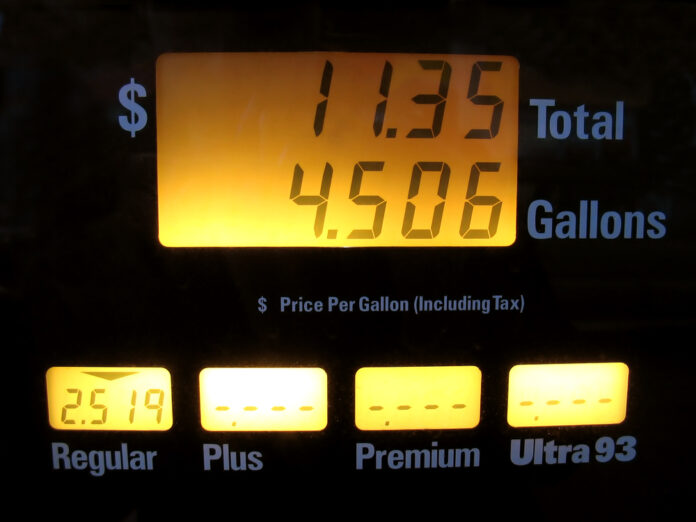 Oil prices follow political, economic, and seasonal needs. For example, the 1973 Organisation of the Petroleum Exporting Countries (OPEC) crisis caused significant price increases. The same happened during the recession of 2007 to 2008 caused by the banking crisis and in 2014 when Russia annexed Crimea.

Between 2015 and 2020, prices remained relatively steady between $40 and $60, except for one peak at $75 toward the end of 2018. Then, the onset of the lockdowns in April 2020 saw drastic price decreases as the demand for freight and travel fell. As a result, crude oil prices fell to just over $37 a barrel. However, oil needs increased during the winters of 2020 and 2021, and governments eased restrictions, normalizing prices once more.

Along came the invasion of Ukraine by Russia, pushing the price of crude oil up by more than 61%. For the first time since 2008, the crude oil price surpassed $120 per barrel.

Despite fears of a world recession, analysts, traders, and policymakers expect continued shortages and increasing demand. Consequently, some foresee an increase of between $150 and $180 a barrel by the end of 2022.

Last month, an analysis of West Texas Intermediate (WTI) crude, an oil benchmark, showed bullishness in crude oil as it neared its R1 resistance of $123.7.

Russia’s supply dropped by 10% since the invasion, to 10 million barrels daily. However, if the crisis between the two nations continues, Russia could decrease its supply further by another one and a half-million barrels.

Furthermore, OPEC members have mostly reached their limit of increased production capacity, meaning that inventory levels and reserves are starting to run low globally. Another problem with the growing demand is keeping up with the refining process that turns crude oil into diesel or gasoline, meaning consumers pay more for their energy needs.

The crack spread is the process that refines one barrel of crude oil into 2 barrels of gasoline and one of diesel (also known as distillate fuel). Its price increased from $10.50 in 2021 to $61 per barrel, likely to remain unchanged for some time.

Government actions remain the leading cause of increasing oil prices since they shift the supply and demand. Moreover, analysts describe the oil sanctions against Russia as the primary force leading to further price increases before the end of 2022. Other concerns include more lockdowns by China to curb COVID-19 outbreaks, the continued sanctions against Iran and Venezuela, and actions concerning crude oil strategic reserves.

In the meantime, talks between Iran and the U.S. could lead to some relief from the sanctions Iran faces from world powers. However, so far, delays mean that Iran won’t contribute to the demand for crude oil in 2022 as expected, forcing Citi Research to raise its price forecasts for mid-2022 onwards. In a statement, Citi said that by 2023, Iran could add up to 1.3 million barrels per day to the market.

Taking a Peek at Past Oil Peaks

The height of oil price shocks is only half of the picture; duration is another concern. Economists and analysts look at data from previous periods, and the last spike in oil prices during 2007 and 2008 was very brief. Initially, prices increased gently, with a rally in May 2008, when the price shot past $120 and peaked at $147.50 in July. From there, it dropped to less than $100 in September and was trading below $40 in December.

So far, the current rally appears to be an almost copy-paste scenario of the previous rally. However, several factors make it difficult for the sync to continue in that pattern because it does not appear that oil prices will crash as quickly.

So far, there are more similarities to the 2011 and 2014 rallies, with oil prices remaining at over $100 with very few interruptions for up to 40 months. In the first half of 2022, Brent has averaged $103 a barrel, above the annual average of $98.50 a barrel in 2008. Predictions show that prices will rise higher before 2022 ends, and no one knows how long conditions will keep them elevated.