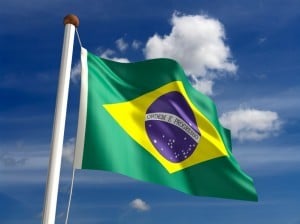 As recent as three years ago, there was a very common talk of BRIC economies. These are the next big things on the global economic stage. BRIC, of course, stands for Brazil, Russia, India, and China. A lot of things have happened since the whole idea of BRIC emerging economic powers started making the rounds. Most notable, of course, is Russia’s recent geopolitical drama and economic downturn. However, most disturbing is what happened to Brazil.

The Brazilian economy seems to have just slammed head-on into a wall and things just started falling apart. Far from the much welcome exception to the multi-decade economic pattern of Latin America of boom and bust cycles, Brazil’s current economic state doesn’t give much room for hope. It seems that a lot of the great economic expectations both domestic and global investors had in the Brazilian economy have evaporated. Who is to blame? Well, sinking commodity prices is one thing, and any serious analysis of Brazil’s current economic health cannot avoid that analysis. Global petroleum prices have crashed. Commodities prices have crashed. And these have had a negative impact on the Brazilian economy.

However, one can’t discount the socialist programs of the Socialist Party. Ever since the Workers’ Party came into power, there was a big question mark as to how socialist this government would be or how left to center it would be. To get elected in the first place, it had to downplay its leftist ideology and basically try to position itself like a South American Clintonian democratic party. For the longest time, it worked. Under President Lula, the Brazilian economy was a standout. It was growing robustly and convincingly, and things were coming along. In fact, the air of good feeling was so strong that his named successor easily got elected after him.

Well, things aren’t looking good now. The whole idea of conditional cash transfers may have looked great when commodities prices were going up, but they are definitely burning a hole in the economy’s bottom line now. Moreover, other expensive government programs are taking their toll. It is going to be a long time for Brazil to get out of the hole that it is in right now. I am not sure if improvements in global commodities prices will do the trick. The problem is more systematic than people care to admit. Not surprisingly, the Brazilian rial has dropped against the US dollar by 18%. Expect it to drop even further.