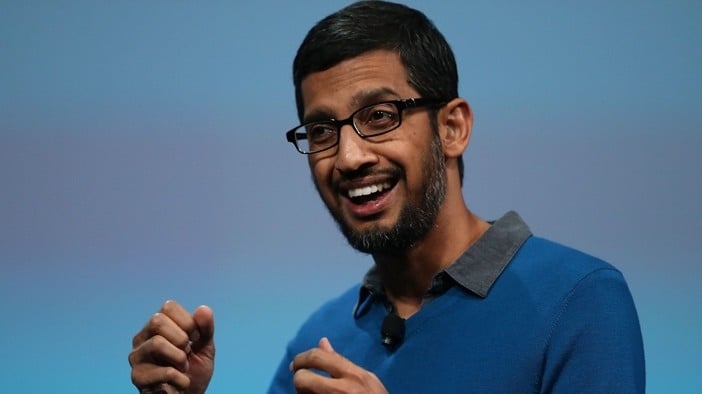 As the media works itself into a frenzy at the rhetoric of Donald Trump, various executives at some of the country’s leading businesses are voicing their thoughts on the matter. In a post on Medium, Google CEO Sundar Pichai commented on the prejudice against Muslims by recounting his own story of emigrating from India to the US, and the notion that his company is in fact strengthened by diversity.

“It’s been said a million times that America is the ‘land of opportunity’ — for millions of immigrants, it’s not an abstract notion, but a concrete description of what we find here,” Pichai said. “That is why it’s so disheartening to see the intolerant discourse playing out in the news these days — statements that our country would be a better place without the voices, ideas and the contributions of certain groups of people, based solely on where they come from, or their religion.”

Pichai isn’t the only voice among Silicon Valley execs that have releases statements against intolerance (notably Trump’s) in the last few days. Facebook CEO Mark Zuckerberg last week said Facebook would fight to protect Muslim’s rights and aim to “create a peaceful and safe environment”. Those comments are similar to a statement from Google’s Eric Schmidt on Monday, when he asked for government leaders and technology executives to use their power to fight for human progress and tolerance.

Even though Pichai describes a very positive account of the Google campus (“a vibrant mix of races and cultures”), Google and competitors are still working hard to increase diversity and inclusion. Immigration is of particular interest to Silicon Valley, whose leaders want to hire top international talent – not something that intolerant government policies would encourage.

Finally, Pichai’s provided some very personal statements in his post. “I debated whether to post this, because lately it seems that criticism of intolerance just gives more oxygen to this debate,” he wrote, “But I feel we must speak out — particularly those of us who are not under attack.”