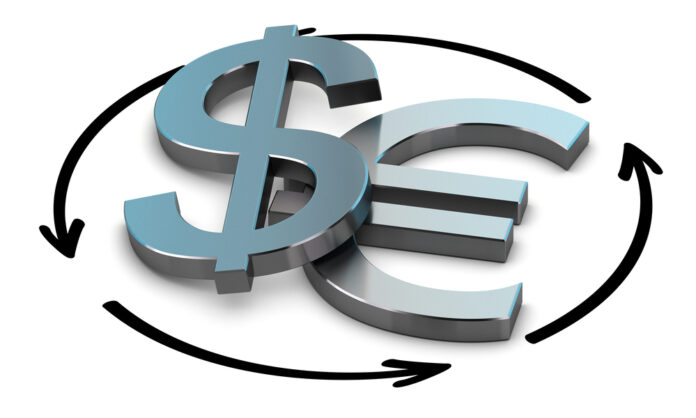 Back in April, Goldman Sachs forecasted the EUR/USD to reach $1.27 over the following six months, which is a higher estimate compared to early forecasts. The upgraded forecast came after the dollar reached its lowest point since the beginning of March.

What Is Driving the Value of the EUR?

Goldman Sachs analysts listed several reasons why the EUR is expected to rise, including:

European countries are ramping up vaccination efforts. Compared to the United States, many European countries still have stricter lockdown measures in place. The reopening of European economies should lead to a boom in financial activity. Economic growth in Europe may start to outpace the US and other regions, depending on summer vaccination rates.

Analysts expect that the European Central (ECB) will reduce asset purchases during the fourth quarter of 2021. This would demonstrate the Fed’s confidence in Europe’s recovery from the pandemic. However, analysts are also watching the ECB for signs that they may raise interest rates in 2023.

The US has gradually rolled back lockdown measures over the past several months. The economy has already started to rebound from the lows experienced in 2020. However, the growth may stagnate as inflation starts to rise. Some industries are also feeling the effects of inflation, including the automobile industry.

Despite the signs of inflation, the Feds do not plan on raising the interest rate until after 2023. However, the US Federal Open Market Committee has discussed tapering. Tapering involves reducing the rate of purchasing new assets. It is often the first step of winding down a stimulus program, such as the stimulus packages used during the pandemic.

If the Feds start cutting back on monthly bond purchases, investors may assume that inflation is a serious threat and start selling assets. As the stock market retreats, the value of the US dollar may decrease against the euro.

What to Watch When Tracking the EUR/USD

Interest rates and economic growth are the two areas to focus on when evaluating EUR/USD trades. The US and the European Central Bank (ECB) do not plan on raising interest rates until after 2023. Both sets of federal banks have also announced plans to limit the purchase of assets in the coming months.

Any unexpected changes in their policies could signal less confidence in the economy, which can lead one currency to trade higher compared to the other.

Economic growth is the second factor that will influence the rise of the euro against the US dollar. The US economy is already growing at a steady pace after many states lifted lockdown orders. Europe is just starting to reemerge from lockdown, which opens the doors to more growth.

Summary: Will the EUR Keep Rising?

Most analysts, including the analysts at Goldman Sachs, expect the EUR to continue rising against the USD. The currency pair is trading at about $1.21 at the time of this writing. Goldman Sachs placed a stop of $1.20 on EUR/USD investments. However, the company predicts the EUR to rise to $1.28 over the next 12 months.

The economic stability of Europe and the US are the biggest factors that may influence the price of the euro against the US dollar. If European countries continue to roll out their vaccination programs and reopen their economies, the euro should continue its upward momentum for the foreseeable future.