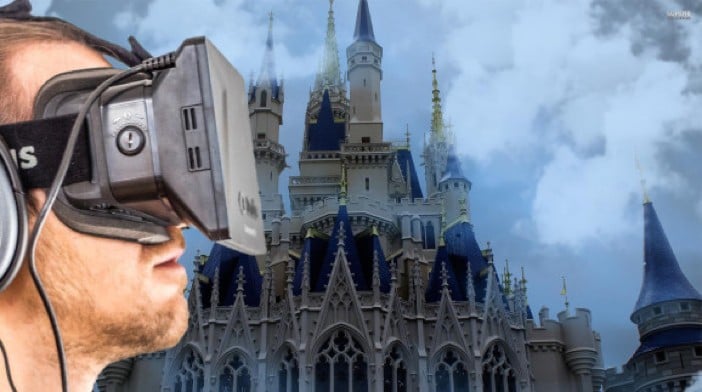 The interactive unit of Walt Disney is thinking about bringing video games such as Disney Infinity into the world of virtual reality (VR).

One of the options the company is exploring is to adapt elements of existing titles, says James Pitaro, the president of Disney Interactive. Disney may also end up creating new games for VR or another platform known as augmented reality.

Today’s virtual reality headsets give the wearer a computer-simulated 360 degree view, while augmented reality (AR) overlays computer-generated images onto the real world. Both technologies are similar, but there are some obvious differences.

The technology for both has been hitting headlines for years, but it has never reached the mass market, and the entertainment industry still hasn’t made up its mind whether it will really take off this time around, as companies such as Facebook-owned Oculus and Sony gear up to compete with their own products.

Disney Infinity, which has made more than $1 billion, mixes characters from Disney, Pixar and Marvel. Star Wars will also come to the new version which should be released in the autumn. The game includes a ‘toy box’ mode that allows players to mix backdrops and characters from any of the franchises.

“You could easily imagine a scenario where we were to expand the toy box component of Infinity into AR or VR”, Pitaro said in at the E3 video game conference, adding that Disney does not have that project or any VR projects in development.

He did however say that Disney is talking to the various VR companies out there, without specifying names. That could be Facebook’s Oculus, Sony, and other companies such as HTC which plan to offer virtual reality headsets to consumers this year and next.

Microsoft also generated a fair bit of excitement of its HoloLens AR headset played with the popular Minecraft game at E3. Pitaro says he’s impressed with current VR technology and the possibilities it affords.