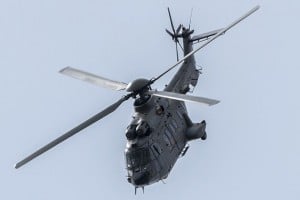 A British helicopter belonging to the U.S.-led Resolute Support force has crashed near the Afghan capital Kabul, killing at least 5 personnel and injuring 5 others.

The accident happened at about 4:15 p.m. local time on Sunday when the aircraft crashed as it attempted to land at Camp Resolute Support near Kabul. A coalition statement said 5 Resolute Support personnel were killed while 5 others were injured. The statement did not disclose the nationalities of the casualties or the conditions of those injured.

The British Ministry of Defense, however, said two personnel from the 230 and 33 Squadrons of the Royal Air Force were killed in the crash, which involved a British Puma Mk2 helicopter. “The incident is currently under investigation but we can confirm that it was an accident and not the result of insurgent activity,” the ministry said.

Najibullah, an Afghan security guard who witnessed the incident, told the AP news agency that the helicopter appeared to strike an observational balloon as it attempted to land at the base.

Earlier this month, a U.S. military transport plane crashed at an airport in northeastern Afghanistan, killing 6 U.S. service members and 5 civilian passengers, as well as two Afghans on the ground.