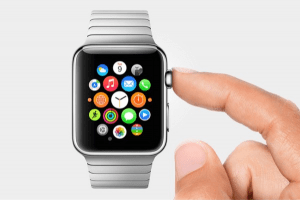 Apple Watch is already starting to disrupt the watch market, says analyst Key Banc. While the initial hype was massive, Apple Watch has been somewhat underwhelming after being revealed.

The watch market has been disrupted, even slightly, because many buyers were waiting on buying their next watch until Apple (NASDAQ:AAPL) made their official announcement. Key goes on to say that rival watch companies have not done enough to prepare to take on Apple Watch.

Watch sales statistics from the third and fourth quarter for 2014 show that watch sales were flat, or significantly declined at this time. This occurred for major brands, including: Fossil, Movado, Richemont, LVMH and Swatch Group.

While many analysts are underwhelmed by the Apple Watch as a whole, the company has already deemed the project a big success. On Friday, preorders for the watch reached 1 million in the United States alone. Prices range from £299 to £13,500. Sales are so high that Apple will be one of the top 3 watch producers in the first quarter in the $200 and up market.

Analysts are unsure of the watch’s future, with many believing that Apple Watch sales will fizzle after the initial hype in the market has passed.