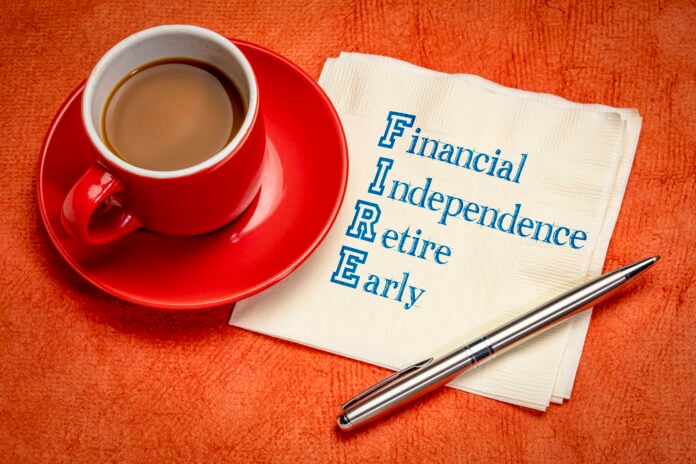 Early retirement requires some planning, many sacrifices, and suitable investments. Depending on your annual spending, you need to create a net worth of that amount times 25 to theoretically live off your savings for the rest of your life.

Getting to that amount – most people need over one million dollars to retire this early – takes dedication to achieve in your 30s. You not only need to save but also must ensure income growth with investments.

Here are five real-life stories of people that retired in their 30s:

1.      Akaisha and Billy Kaderli Share Their Retirement Experiences on a Blog

At 36, Akaisha and Billy Kaderli decided they wanted an early retirement two decades ago. Billy was vice president of an investment company, and Akaisha ran a restaurant owned by the couple in Santa Cruz, Calif.

Their long work schedules caused their relationship to suffer, so they set about creating a savings goal of $500,000. It didn’t take the couple long to reach their goal in 1991, long before the financial independence – retire early movement (FIRE) became fashionable. The sale of the business and home contributed to their savings goals, and they retired at 38 with less than one million.

They live outside of the U.S. in countries with a low cost of living and keep their annual spending below $30,000, sharing their adventures on their Retire Early Lifestyle blog.

According to the couple, they only withdraw a small percentage of their savings annually, allowing their money to continue growing for any unforeseen circumstances in the future.

In 2014, after a decade of work, Steve Adcock decided he couldn’t keep up with the pace of his IT career. So he convinced his wife Courtney, an engineer, that they could retire early, and the couple set about cutting their spending and saving 70% of their combined income.

It took them less than three years to reach their goal. During that time, they maxed out their 401(k) contributions and saved in a brokerage, savings, and Roth IRA account. They also sold their home in Tuscon and bought an Airstream caravan.

The couple has since bought a 6.7-acre plot in the Arizona desert with a small house. In addition, they have eliminated their monthly electricity bills by going off the grid and collecting rainwater. As a result, their monthly budget is just over $2,500 and includes a good health plan. In addition, the Adcocks follow the 4% rule, which allows them to withdraw their annual retriment savings from their portfolio. Targeted retirement funds are where the couple keeps most of their savings to ensure reduced risk, but they also have some money in a high-yield savings account to weather any unexpected storms.

Working as a pharmacist with a $150,000 salary stopped making sense for Jason Lang because of his long hours under challenging circumstances. Luckily for Lang, he and his wife had paid off their house and had already saved a little more than $1 million from his salary into their investment portfolio.

The couple lives in rural Tennessee and feels that the numbers made more sense for them to retire than stay at their miserable jobs.

4.    Lauren and Steven Keys Joined Other Retirees in Florida

After completing their studies, the Keyes took a road trip to Alaska for 45 days. Then, returning home and to their respective careers, the switch from their freedom to work responsibilities made them ponder early retirement.

Both had small salaries, but the couple were both frugal and saved wherever possible and took side hustles. By investing most of their income, the couple can already boast that they have visited all the U.S. national parks and Hawaii for six months.

As a married couple, Kristy Shen and Bryce Leung tried to follow the paths of their parents and buy a house. However, the ever-escalating real estate market in Toronto and the pressures at work made it difficult to keep their goals and added a lot of unnecessary stress.

The tech sector was becoming extremely difficult. Besides being overworked and on standby 24.7, the couple also worried about the job prospects in their industry soon as outsourcing and AI were making things look uncertain.

That is when the couple decided to forego the idea of a mortgage and saved everything they could in an investment portfolio. Mr. Leung says the challenges of generation faces meant that they realized their jobs would not take care of them; they would have to take care of themselves.

They ditched Toronto, much like others are ditching expensive cities, and have become full-time travelers.

Will The Stock Market Bubble Really Break by The End of 2022?

Investing Isn’t for Everyone, and Here’s Why