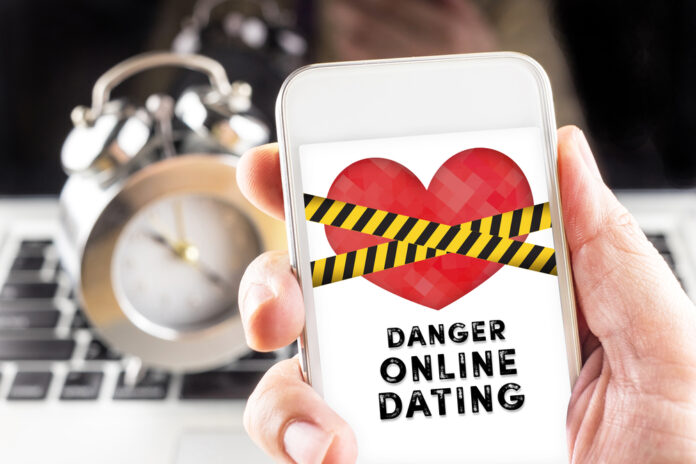 The stories of women who took generous bank loans and racked up credit card debt to assist the Tinder Swindler are heart-rending, but to add insult to injury Simon Leviev (not his real name) is heading to Hollywood to start his dating game show.

How is it possible that the one-person Ponzi scheme known as Simon Leviev (whose real name is Shimon Hayut) who robbed women of a total of $10 million spent is not in jail right now, given the damage he caused to the finances and emotional lives of his prey?

Understanding why the Tinder Swindler is still walking free is the key to getting a sense of how these frauds operate, what goes in the mind of people like the Tinder Swindler, how so many of them get away with their activities (at least to some degree) and most importantly, how to protect your money and sensitive data from predators.

The same crafty strategies are used by crypto scam artists who convince people to hand over their codes, keys, and even bitcoin wallets. In these cases, crypto investigation can track down the culprits on the blockchain. Still, the victims of the Tinder Swindler, who is a free man and is operating openly, have a unique obstacle in their pursuit of justice.

The Tinder Swindler began his career in crime at a young age. As a teenager, family and friends said he was always stealing extra money from their purses and wallets. Then, in 2011, while babysitting in Israel, he stole the parents’ checkbook and was charged with theft and forgery and later, for leaving the child behind as he fled to Jordan, created a fake passport, and went to Europe (note–be careful who you hire to watch your kids).

In Europe, he had already started perfecting his method for defrauding women by promising them romance and showering them with fancy dinners and luxurious getaways. He was finally caught in Finland, charged with fraud, and was sentenced to three years but finished his sentence early. When searching his apartment, the police discovered he had many fake passports and driver’s licenses in his possession when he searched his apartment.

In 2017, after serving time in Finland, the Tinder Swindler returned to Israel, and when he realized he would have to pay the penalty for the theft he committed in 2012, Leviev was again able to flee the country and returned to Europe. This time, he had perfected his method of deceiving and coaxing funds from unsuspecting women. He was determined to get away with it. And he (mostly) did.

The reason Tinder Swindler can even think about starting a dating game show emphasizes the main difficulty with prosecuting romance scams.

Many of us know the story from the Netflix documentary. His method was telling women that he was Simon Leviev, the son of the diamond mogul Lev Leviev. Then, after wining, dining them, and taking them on private jet flights (funded by other women he was scamming–this is a basic Ponzi scheme pattern), he told each one of them that he was in trouble, his enemies were out to get him, and he couldn’t use his credit card. In some cases, he claimed his bodyguard was attacked.

Since it wasn’t “safe” for him to make transactions with his card or account, he asked women to give him money he promised to return. The lavish way he showered them with luxuries was false proof that he would pay them back–it was a kind of “confidence collateral.” He would then make off with the money, and the women would be left with loans they could not repay or mountains of credit card debt.

How is Tinder Swindler’s encouraging women to give him money under pretenses different from stealing checks and cash from the parents when he was babysitting in Israel back in 2011? Theft, such as stealing checks, is not authorized, but the women agreed to give him the money.

Therein lies the difficulty with fund recovery and criminal charges. If a transaction is authorized but if the person is being deceived, that often does not fit specific definitions of fraud. For instance, if you can prove charges on your credit card were unauthorized, the credit card company’s issuing bank will reverse the charges.

However, the women targeted by the Tinder Swindler couldn’t get these charges reversed because they had agreed to make them. They didn’t give him money under duress, like extortion, and the fraud didn’t involve something potentially life-threatening. Instead, they were in love and wanted to give their lover money. That is how it looked to the courts, and therefore, the Tinder Swindler walks free, at least for now.

Yes, the Tindler Swindler spent some time in prison, but in Israel, it was only 5 months out of a 15-month sentence, which was for the actual theft he had committed years ago. In Finland, he also did time for defrauding women, but he perfected his criminal technique in the latest cases, so he did not have to steal a dime, but all of the money was given to him by women who thought they were his girlfriends.

Before You Fall in Love Online, Follow These Rules

There is a lot we can learn from the Tinder Swinder scandal. The moral of the story isn’t to avoid meeting new people online but to follow a few basic rules.

Verify identities–if you start talking to someone, terrific, but at some point, verify their identities in real life. If it doesn’t check out, drop them.

Beware of rich people in trouble–If the son of a diamond mogul were actually in trouble, he would have his resources as backup, including family, connections, business partners, and those who owed him. It is strange for someone to demand such a huge favor from someone they are trying to impress, especially someone with less money than they claim they have.

Or better yet, don’t give money directly to anyone you meet online –If someone talks about money early in a relationship, beware. Don’t give them the kind of money you expect to see again or funds you need for other necessities. People in that degree of trouble usually have other resources, and even if not, you shouldn’t try to be their savior with your own rent money.

The bottom line: Many people find love online. Others find jobs and opportunities to make money online. Be careful of people who are trying to combine the two. That is the best way to stay safe on romance platforms.

If you have lost money to a romance fraud or a crypto or forex scheme, seek assistance from MyChargeBack experts and get started with your fund recovery claim. We have extensive knowledge and working relationships with regulators and more than 450 law enforcement agencies around the world, as well as the solutions that can improve your prospects of getting your cryptocurrency back.

Discover the Meaning of Poaching