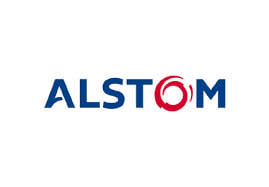 In its interim results, Alstom reported that fiscal first-quarter orders rose 105%, to €8.2 billion, driven by a €4 billion transport contract in South Africa, as well as good order flow in renewable power and grid. Alstom’s backlog reached €56 billion in the quarter, representing 33 months of sales. In addition to the €4 billion rail contract in South Africa, which includes 600 suburban trains and an 18-year maintenance contract, the transport sector also booked contracts for a signaling system in Spain, light-rail vehicles in France and tramways in Algeria.

Sales declined 1% organically, to €4.3 billion, affected by the lower level of order intake booked in the recent quarters in some businesses. By segment, sales decreased by 10% organically in both thermal and renewable power and 5% organically in grid. Transport sales increased 17% organically in the quarter, reflecting execution of backlog and an easier comparison. By geography, sales in Western Europe (38% of total sales) increased 9.7%, slightly offsetting the declines in other regions, most notably North America (down 8.0%), Asia/Pacific (down 11.1%), Africa/Middle East (down 6.5%), and Eastern Europe (down 22.6%).

Alstom noted that it was not yet in a position to provide guidance for the current fiscal year. However, management indicated that while the level of organic growth achieved in transport in the first quarter should not be extrapolated over the remainder of the year, sales should continue to grow at a sustained pace benefiting from the execution of the segment’s record backlog. No significant new information was disclosed regarding the status of GE’s (GE $25.91; Market Perform) offer for the company’s energy businesses.

Following the recommendation by Alstom’s board of directors, the company noted that it immediately initiated the first implementation stages, including work councils’ consultation, the finalization of agreements for the joint ventures and signaling acquisition, and the launch of merger and other regulator authorization processes. To provide more clarity on the transaction with GE, Alstom is planning on hosting an analyst meeting that will take place before the shareholder vote. At that meeting, CEO Patrick Kron will also likely lay out the company’s outlook for the transit segment and the company’s cash priorities.