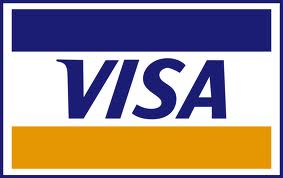 We reiterate our Outperform rating and remain buyers of Visa stock on any weakness; our EPS estimates remain unchanged at $9.00 (18% growth) in fiscal 2014 and $10.28 (14%) in fiscal 2015. While management expressed caution on the near term, we expect long-term investors will be rewarded and believe that our thesis of strong secular growth, high incremental margins, large entry barriers, and unlikely disruption from regulation/disintermediation continues to play out. Recall that 85% of global point-of-sale transactions are estimated to be cash/checks, and Visa estimates that it has roughly 22% share (up from 19% in 2009) of personal consumption expenditures in its developed markets (excluding Europe) and only 9% share (up from 6% in 2009) in its emerging markets.

We believe Visa can deliver 15% earnings growth over the long term with some upside as economic conditions improve. Visa trades at 12 times calendar 2015 EBITDA and 20 times calendar 2015 EPS; we believe the current multiple can be at least maintained, giving investors returns equal to the earnings growth rate. Visa reported generally in line fiscal third-quarter results, although EPS were above expectations. EPS of $2.17 exceeded our $2.08 estimate and consensus of $2.10. Gross revenue of $3.8 billion was right in line with our forecast and up 8% from the prior year. Net revenue, after incentive payments, increased 5%, also in line. Constant-currency payment volume growth rose 11.5% year-over-year in the June quarter (versus 11.8% growth in the March quarter); on a reported basis, payment volume rose 9.2%, to $1.19 trillion (even with our estimate), compared with 8% in the March quarter).

Relative to the March quarter, growth accelerated in the United States (53% of total) by 120 basis points, which was offset by slight deceleration in every international market, with Asia/Pacific softening by 300 basis points, to 12% (versus 15% in the March quarter). Cross-border volume and revenue growth remains a challenge; low currency volatility adds a pressure point. Cross-border payment volume growth remained soft at 7%, down from 8% in the prior quarter. In addition, the revenue yield on cross-border business was pressured by record-low currency volatility. Visa earns more on currency conversions when volatility is high.

The cross-border slowdown was largely corridorspecific, with management highlighting Ukraine, Russia, Argentina/Venezuela, and the Middle East. Management moderated its fiscal 2014 (end September) constant-currency revenue growth estimate and slightly raised its EPS growth guidance; management plans to give fiscal 2015 guidance on the fourth-quarter call. Fiscal 2014 guidance now calls for 9%-10% constant-currency revenue growth (down from 10%-11%) and 17.5%-18.5% EPS growth (versus prior guidance of mid- to high-teens growth). The revenue pressure is being driven by unusually-low foreign-currency volatility (15-year lows, according to management) and soft cross-border volume, which appears to be bottoming. Recall that Visa earns a spread on currency conversion services for cross-border transactions.