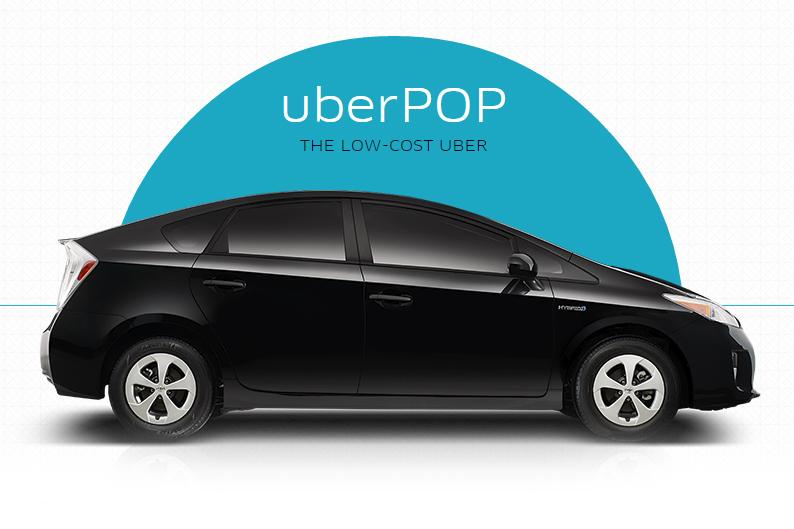 Uber says that it’s to suspend its UberPOP service in France. The news comes after two of its managers in Europe were questioned by police, and taxi drivers rioted in the streets.

UberPOP is one of Uber’s cheapest services and competes directly with taxi drivers. The minimal fare is just 1 Euro, and after that it costs just 0.15 Euro Cents per minute. That is seen as a threat to taxi drivers as Uber fares work out cheaper than licensed taxis.

Uber said that it will work to transfer drivers of its UberPop service over to UberX, which is a more expensive service that will however continue to operate as normal. French taxi drivers protested in the streets on June 25th, and created roadblocks, ambushed Uber’s drivers and also lit fires.

Two of Uber’s executives were questioned after the protests, and the two are to face trial on September 30th. Thibaud Simphal, the manager of Uber France, and Pierre-Dimitri Gore-Coty, general manager for western Europe, were held on June 29th as part of the investigation into Uber.

Here’s Uber’s full statement on the suspension of its uberPOP service in France:

In the light of last week’s violence, we have today decided to suspend uberPOP, our ride sharing service, until September’s Constitutional Court decision. It’s a tremendously sad day for our 500,000 French uberPOP passengers, as well as the drivers who used the platform. However, safety must come first. Our regular UberX service, which uses licensed cars and makes up a majority of our trips each day in France, will continue to operate as usual.

uberPOP has been an important source of income for the 10,000 drivers using the platform. They’ve also told us how much they love the flexibility that comes with this work: the freedom to pick their kids up from school, look after an elderly relative or attend an evening course. All on their schedule, working when it is convenient. So our priority now is to get these 10,000 partners back on the road as quickly as possible, potentially as licensed uberX drivers.

Unfortunately, the current licensing process has become too much of an obstacle course. It once took two weeks to get up and running with a license. But today we have 12,000 partners who have applied for one and are needlessly waiting–with only 215 applicants licensed since the Thevenoud Law came into force. It can take six months, likely longer for an unemployed person to get a license, and now requires 250 hours of training (compared to 25 for a light aircraft pilot’s license) as well as a €1,500 down payment. The use of smaller or environmentally friendly cars (exactly the ones we want on our city streets) are prohibited. 12,000 unemployed and counting who made it through the process to become a partner-driver is a terrible missed opportunity, especially in a country with over 10 per cent unemployment.

We understand that new technology is disruptive: not just for established companies, but for the people who work in them and their families. This is especially true at a time of high unemployment. But we believe there is a way forward that provides new opportunities for all drivers including taxi drivers, as well as passengers who love the convenience of services like Uber, Heetch and Djump. Hundreds of taxi drivers have already switched over to Uber and are making a better living, with a work schedule to suit their family’s’ needs. It is heartbreaking to see the violence in the streets when we know that taxi drivers can earn more on the Uber platform. It’s why we need to do a better job explaining and communicating the advantages of Uber to all drivers.

Finally a heartfelt thanks to the thousands of drivers who made uberPOP possible. And to all our million plus French riders for their support. In September the Constitutional Court will decide whether the provisions in the Thevenoud Law targeting uberPOP are constitutional or not. In the meantime we’ll be working hard to get all the partner-drivers affected by today’s suspension back on the road again as quickly as possible.